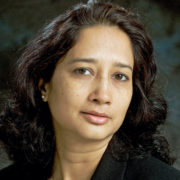 India recently got elected unanimously, for the 8th time, to the UN Security Council. It may appear as a huge diplomatic feat, particularly since countries like Canada and Norway spent enormous amounts of money to win this much coveted seat. And Canada still lost. However, India’s nomination and win is more a matter of procedure than victory.

A nominee has to win two-thirds of the seats in the UN General Assembly to be elected to serve the two-year term on the SC. Of the 15 members in the UNSC, 5 are permanent including the U.S., UK, France, Russia and China, holding reviled veto power. The rest 10 are non-permanent members elected for a period of 2 years with specific geographic regions represented on the council.

India belongs to Asia-Pacific group in the UN General Assembly which appoints two nonpermanent members to the Security Council from the region, one per year. The Asia-Pacific group has its own internal selection process and once elected the candidates are unanimously supported by all members, including by Pakistan and China as was the case this time. South Asian countries rarely oppose each other except in 1975, when India and Pakistan competed against each other and Pakistan finally won after 8 rounds. Since then they decided not to file their nomination in the same year. India was the only candidate this year from the Asia-Pacific group. Pakistan plans to run for the seat in 2024.

The bigger feat though is that India not only won the 55 seats from the Asia-pacific group but 184 of the total 192 seats. While at first blush this seems surprising, it was not completely unexpected. India has emerged as a global leader since its inception as an independent nation-state in 1947. Domestically, it was one of the rare developing countries that maintained a democratic and secular leadership throughout its independent history, bar the brief period of the Emergency in the 1970s.

On the Global Stage

Internationally, under the leadership of Prime Minister Jawaharlal Nehru (along with Josip Broz Tito of Yugoslavia and Gamal Abdel Nasser of Egypt), India provided the developing world an alternative political strategy of Nonalignment to the global politics of Cold War. By the 1970s, not only did it emerge as a leader in developing nuclear technology on its own among its cohort of independent states but showed great restraint and clear strategy by adoption a policy of nuclear ambiguity while leading the world to the idea of universal nuclear disarmament.

Albeit much more pragmatic, India has continued to play a leadership role in the post-Cold War era. However, its emphasis has shifted from the separationist path of nonalignment to a more cooperative one with the United States; it has also entered the world economy as a major player in the global capitalist system. It is within this context that India’s newly won seat at the Security Council can play an important role. This is an opportunity for India to continue to push for change in the composition and organization of the UN Security Council that still resembles the power structure of the 1940s.

India has been forceful in its desire for reorganization of the Security Council while making a case for its own seat as a permanent member. Other contenders for a new permanent slot include Japan, Brazil, and Germany and the veto option is up for debate as well. India’s External Affairs Minister Subrahmanyam Jaishankar has given India’s overall objective for its tenure on the Security Council an acronym, ‘NORMS’ — New Orientation for a Reformed Multilateral System, making it clear that reform of the UN, particularly the SC is high on its agenda. While it has the support of the U.S. and Russia, India’s permanent membership has actively been opposed both by China and Pakistan.

It is the nature of politics, both international and domestic, that countries interests may intersect in some areas and not others. So, while China and Pakistan voted in support of India’s seat as a nonpermanent member, they will actively oppose its claim to a permanent seat.

India has played a leadership role with China and other developing countries by creating a New Development Bank as an alternative to the IMF and the World Bank and stalled further negotiations in the WTO unless the U.S. and EU agree to cut agricultural subsidies that harm developing country’ farmers. India showed its commitment to dealing with global warming by initiating the 121-member International Solar Alliance to promote solar energy. With a seat on the Security Council, India can shine a light on issues that matter to the developing world.

With Friends Like These: How Corporations are Betraying Our Trust and Undermining Our Rights

At the same time, it has the opportunity to question and embarrass China for its incursions on its northern borders while challenging its (and Pakistan’s) desire to bring up the Kashmir issue in the Security Council. India is uniquely placed on the world stage where it has strategic interests and ties among the major players. It is part of the BRICS countries fighting to establish a world order that is equal and fair. At the same time, it has common interests with the U.S. and EU in containing the rise of China, fighting terrorism and a stable Afghanistan.

Unfortunately, India has also been in the limelight for its controversial citizenship laws and persecution of religious minorities leading to questioning its secularism and threatening its position on the world stage as a moral leader. This may have implications beyond its borders by loss of support among its Arab allies in the long run as well its position among the democratic states as a country that supports equality for all.

In the end, while India’s position in the Security Council is not a novel or major development, it has potential in that a major global power has a seat at the most prestigious table in the world.

Dr. Jyotika Saksena is an Associate Professor and Graduate Director of the International Relations Program at the Department of History and Political Science, University of Indianapolis.