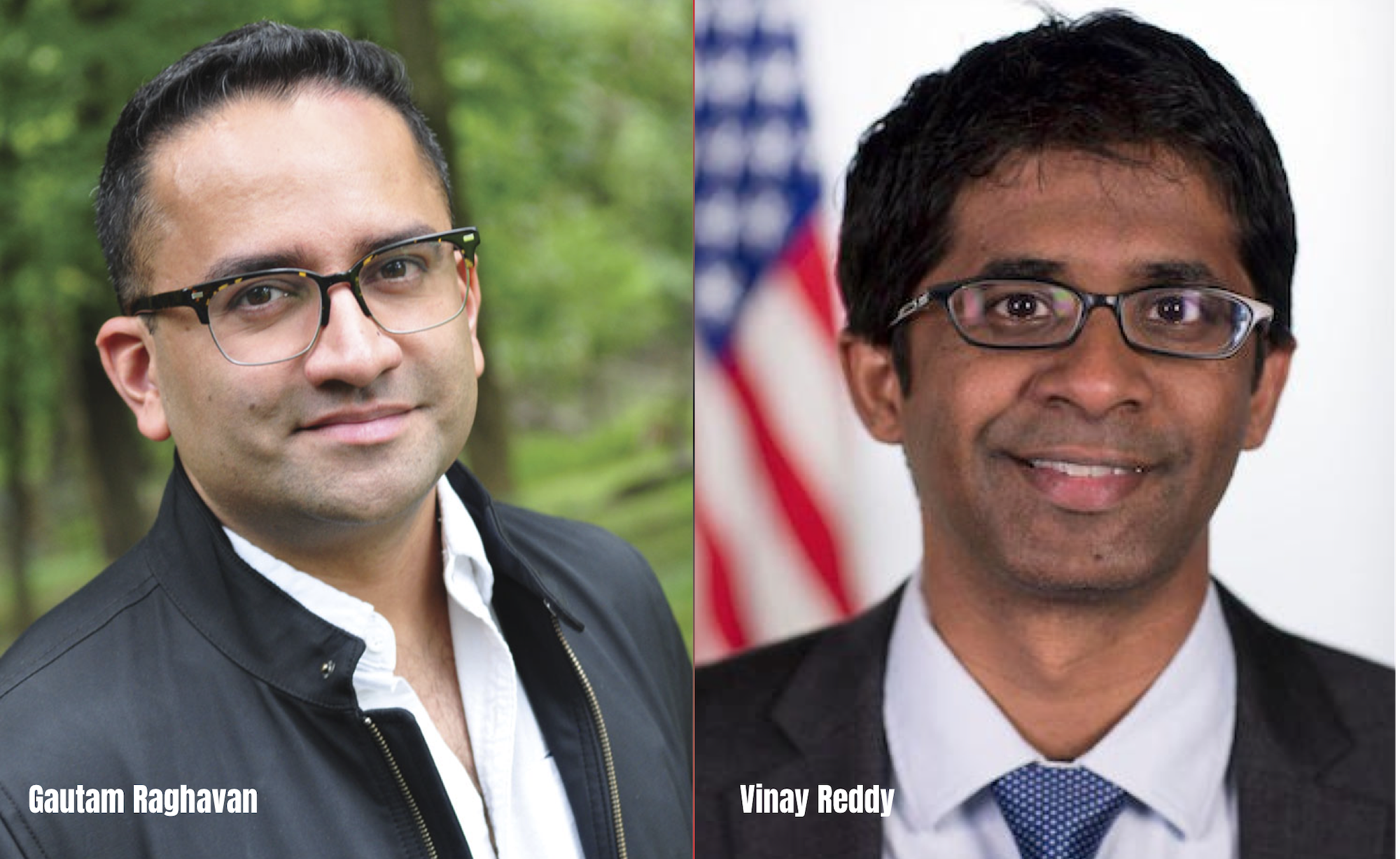 Can Congressman Ro Khanna Play the Role of a Legislator for All Seasons?

President-elect Joe Biden has appointed Gautam Raghavan and Vinay Reddy senior positions in the White House. Raghavan will serve as the deputy director of the Office of Presidential Personnel, while Reddy was named as director of speechwriting.

Both Raghavan and Reddy currently serve on the Biden-Harris Transition team; Raghavan is the deputy head of Presidential Appointments, while Reddy is the speechwriter.

Biden announced the appointments on Dec. 22 along with Anne Filipic, Director of Management & Administration; Ryan Montoya, Director of Scheduling & Advance; Bruce Reed, Deputy Chief of Staff; and Elizabeth Wilkins, Senior Advisor to the Chief of Staff.

“These experienced individuals are joining my administration to carry out policies that will put our nation on a path to building back better than ever before,” Biden said. “Their dedication to overcoming the challenges facing our country are rooted in their diverse backgrounds and experiences, helping deliver the change America needs in these difficult times.”

Prior to joining the transition, Raghavan was the chief of staff to Rep. Pramila Jayapal (D-Wash.), the chair of the Congressional Progressive Caucus. He joined Jayapal in December 2018, after she was re-elected to a second term with a whopping majority. Prior to that, Raghavan worked as a consultant with GR Strategies in Washington, D.C. According to his LinkedIn profile, he “provided policy analysis and strategic guidance to progressive organizations focused on securing political power and social change, including the Indian American Impact Project & Fund, Biden Foundation, the Asian American & Pacific Islander Victory Fund, Out2Enroll, GLAAD, and SocialMovements.org.”

From 2014 to 2017, he served as vice president of Policy for the Gill Foundation, where he managed multi-million-dollar investments in federal and state level policy advocacy focused on equal treatment for lesbian, gay, bisexual, transgender, and queer (LGBTQ) Americans.

From 2011 to 2014, he served as President Barack Obama’s liaison to the LGBTQ community as well as the Asian American and Pacific Islander community. Before that he was the Acting White House Liaison for the U.S. Department of Defense and as Outreach Lead for the Pentagon’s “Don’t Ask, Don’t Tell” Working Group.

A first-generation immigrant, Raghavan was born in India, raised in Seattle, and graduated from Stanford University. He lives in Washington, D.C. with his husband and their daughter.

Before joining the transition team, Reddy served as senior advisor and speechwriter for the Biden-Harris campaign. He previously served as chief speechwriter to Vice President Biden in the second term of the Obama-Biden White House, after which, he worked as vice president of Strategic Communications at the National Basketball Association.

Reddy grew up in Dayton, Ohio, the middle of three sons in an immigrant family. He attended Ohio public schools from kindergarten to Miami University to The Ohio State University College of Law. He currently lives in New York with his wife and their two daughters.