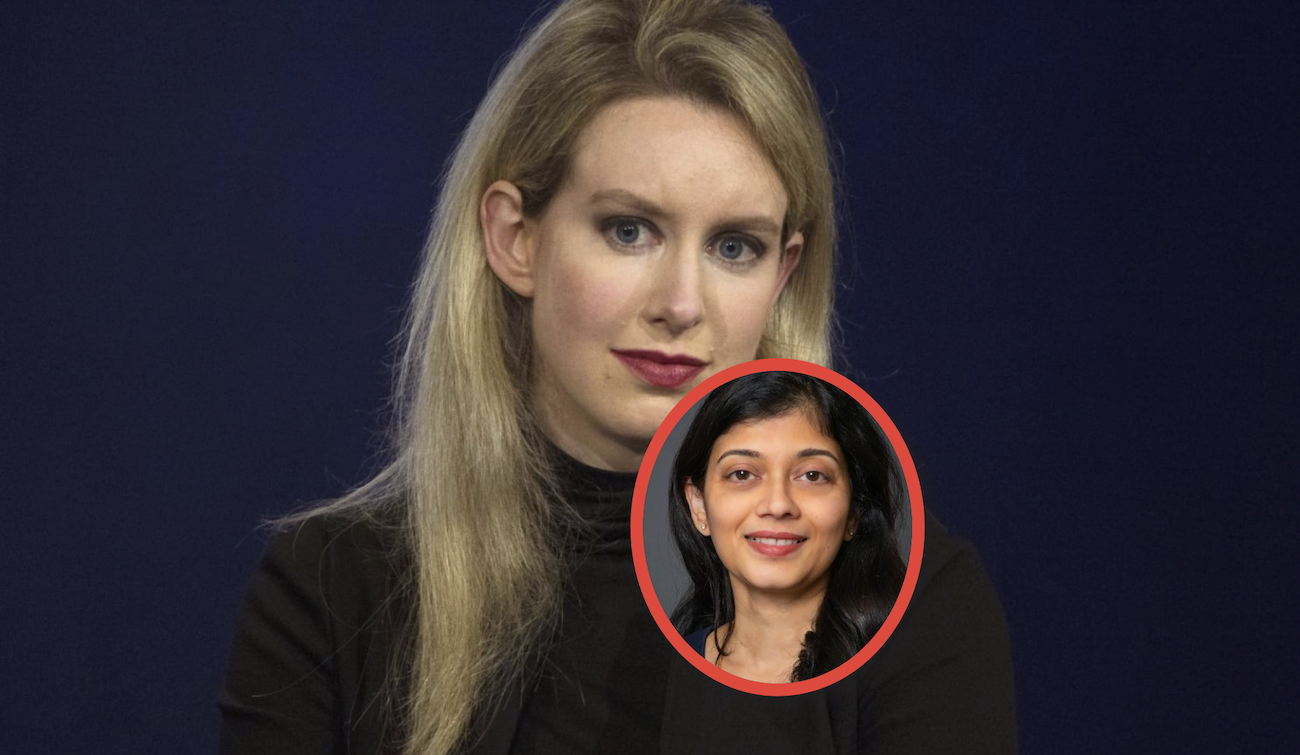 American Debacle in Afghanistan: The What, When and How It All Unraveled

Indian American chemist Surekha Gangakhedkar has affirmed that her former boss, Elizabeth Holmes, founder and CEO of Theranos Inc., a private health care and life sciences company, would bully, pressurize, deceive and intimidate her employees. Gangakhedkar is the third employee to testify against 37-year-old Holmes, who’s facing several fraud charges. Holmes had founded Theranos Inc., in 2003 as a 19-year-old college dropout and was hailed and celebrated as a Silicon Valley whiz-kid. Also charged is Ramesh “Sunny” Balwani, 56, Holmes’ ex-boyfriend, and former president and COO of Theranos Inc.

Holmes and Balwani were originally charged in June 2018 on two counts of conspiracy to commit wire fraud and nine counts of wire fraud. According to the indictment unsealed on June 15, 2018, Holmes and Balwani had engaged in a multi-million dollar scheme to defraud investors and a separate scheme to defraud doctors and patients, and both schemes entailed promotion. If convicted, each of them could face 20 years in prison and fines of $250,000, plus restitution, for each count of wire fraud and for each conspiracy count.

The trial has been delayed multiple times by the COVID-19 pandemic and by the birth of Holmes’ child on July 10 of this year. Opening remarks for the case began on Sept. 8 in a federal court in San Jose, California.

Balwani faces similar charges in a separate trial scheduled for next year.

Gangakhedkar testified before the court on Sept. 17 and Sept. 21.

On the first day of her testimony, she raised concerns over the company’s blood-testing technology. According to her LinkedIn page, Gangakhedkar was the former manager of assay systems, and per a report in The Verge, “her job was preparing blood tests for use in patients.” Gangakhedkar said during her testimony that Holmes pushed her to validate test results of the company’s Edison 3.0 and 3.5 machines, despite their accuracy.

She then described how after returning from a vacation in August 2013 she found out that Theranos was about to launch its Edison blood-testing devices in Walgreens stores despite there being basic errors in the machine’s operation. “I was very stressed and unhappy and concerned with the way the launch was going,” news reports quoted Gangakhedkar telling the court. “I was not comfortable with the plans that they had in place so I made a decision to resign and not continue working there.”

After spending eight years in the company, Gangakhedkar resigned in September 2013. Per her LinkedIn page, she currently works at molecular diagnostics company Cepheid.

She told the court that before quitting she had a meeting with Holmes and told her reasons for quitting. She said she told her former boss that she didn’t believe the Edison machines were ready to be used for patient testing. Gangakhedkar said that Holmes responded saying that “she has promised to deliver to the customers and didn’t have much of a choice than to go ahead with the launch,” per news reports.

“It was difficult,” Gangakhedkar said of her resignation, The Verge reported, “because the last eight years of working at Theranos I felt that I was going to make a difference. It was a huge letdown.”

Additionally, she told the court that she and other employees constantly faced pressure and scrutiny from Holmes and Balwani. She said Balwani accused her team of slacking, and that the duo would pressure employees to validate lab tests before they were ready to be used on patients. She said several employees would sleep in cars as they worked hard to make the deadline.

Several emails received by Gangakhedkar by both Holmes and Balwani were presented in court during her testimony on Sept. 17. Gangakhedkar told the court that she was concerned about legal implications for her in case Theranos got into trouble, so she had printed some documents and emails and took them home when she resigned. She said she was “worried about the launch, I was actually scared that if things do not go well I would be blamed,” The Verge reported.

News reports noted that although her actions were a direct violation of the non-disclosure agreement she’d signed, Gangakhedkar was granted immunity from criminal charges in exchange for her testimony.

According to The Verge, one such email was sent to Gangakhedkar by Balwani which said: “Please note the software team was here till 3:07 AM—and is already here now at 10 AM.” He then reprimanded Gangakhedkar’s team for leaving machines idle in the evenings.

There were emails from Holmes as well, with specific instructions to Gangakhedkar’s team about work priorities, or checking in to see how the tests she wanted to be validated were doing. One of those emails was sent as late as 1:45 am on a Saturday.

Another email that Gangakhedkar printed was from Theranos VP Daniel Young, The Verge report said. The email was in response to Gangakhedkar’s email to Holmes, stating that “here was data missing from the server about tests on a version of the Edison devices.” Young responded, saying that “the wrong cartridges had been used in those runs, and that he recommended repeating them,” The Verge report added.

It noted that Gangakhedkar’s account corroborated that of whistleblower Erika Cheung, who testified earlier last week that “secrecy was the norm at Theranos.” It was this secrecy that frustrated Gangakhedkar, she told the court on Sept. 17. It stopped her from communicating “directly with the hardware team about the problems she was experiencing with the machines,” she told the court, and added that “the instructions to keep things secret” came either from Holmes or Balwani, The Verge report said.

She admitted to being discouraged from even listing the company on her LinkedIn page. There she does not list the company by its name, but instead calls it a “private biotech,” where she worked as a research team lead from January 2007 to July 2009; and as a team manager, Assay Systems, from July 2009 to August 2013.

On Sept. 21, during her cross-examination Sept. 21, The Wall Street Journal reported that Holmes’s attorney, Lance Wade asked Gangakhedkar if Balwani’s email was meant to make her team feel guilty. Gangakhedkar replied in the affirmative, adding that “it wasn’t the first time her team was told they were doing less than others,” adding, “this was a common theme,” the Journal said.