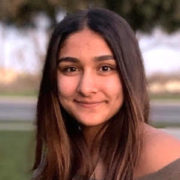 Research shows that even without the intent of harm, when kids hear a cultural or religious joke directed at them, it can change the way you feel about themselves because middle schoolers are so impressionable. It can have adverse effects on a person’s physical and mental health. It can cause anxiety, depression, and low self-esteem. I believe that it’s time for the normalization of casual racism to end.

In middle school, casual racism can occur anywhere, it can be online, with your friends, or with kids you don’t even know. It is expected for kids at that age (10-13) to “take the joke” or “just deal with it,” but it shouldn’t have to be that way. Casual racism in middle school can start with making fun of an accent.

So many YouTubers, TikTokers, and other comedians use different accents for comedy. For example, Lily Singh has been using an Indian accent for years for her characters in her YouTube videos. The Indian accent is a part of her culture, but when non-Indian people use the accent, they are using it to make fun of the culture, whether they intend to or not. This happens to so many Asians everywhere, online or in person.

A lot of times, it can even come from our own friends. I personally know so many people that don’t want to be Asian just because of the constant accents they hear from non-Asians making fun of their culture, parents, and other family members.

This year, due to the Coronavirus pandemic, the East Asian community has faced so much racism that nobody seemed to talk about. There have been countless insensitive jokes towards them and violent crimes against them as well.

Our mainstream culture normalized insensitive jokes towards East Asians regardless of whether they are Chinese or not. Either way, no teenagers really stood up for the East Asians throughout February and March for all the racism they faced.

Many people are calling out the people who are currently supporting the Black Lives Matter movement, despite them being racist to East Asians just a few months ago. Our own president even made insensitive comments towards Chinese people. Countless East Asians were attacked this year, and we have still remained silent about this issue.

Being Indian, I have been in countless situations where non-Indians use the accent to make fun of Indian culture or my last name. I have gotten “curry” jokes and accents directed at me from people online and in-person, sometimes even my own friends. I usually laughed it off because it was so normalized and I didn’t want to be the “buzzkill.”

However, it is starting to get really difficult accepting those jokes over and over again.  In eighth grade, I started to stop making those belittling jokes completely. Over time, I stopped accepting the curry jokes and accents directed at me too, and I stood up for myself. It was unsuccessful so many times, however, it made the person think twice about what they said and that’s what mattered.

Calling people out on casual racist jokes is very difficult because even Indians won’t have your back sometimes. Making casual racist jokes about your own culture to other people is so normalized that Indians do it all the time and depend on it for their sense of humor. There is always going to be that person who thinks the accent or the jokes about it is just dark humor, instead of acknowledging all the racism behind it.

However, people calling out casual racism is becoming more and more common now.     With a platform like TikTok, where so many different voices can be heard, casual racism is being called out more and more, which is so important because Asians have a lot less representation on social media, especially South Asians. Racism towards Asians is starting to become less and less normalized. People of all ethnicities have the courage to speak up now about these jokes.

Casual racism is being called out on social media now on all types of platforms. Especially with the Black Lives Matter movement, people are becoming more sensitive towards making those jokes.  In order to change social attitudes, individuals need to start taking a stand. I choose to take a stand against casual racism and am writing about it today so that others can join me in doing the same.

With all the movements related to racism today, teenagers are holding each other accountable for being racist. This movement has had a big impact on our generation and how we treat each other. Teenagers are finally a lot more dedicated to stop casual racism everywhere. It doesn’t matter how old you are, where you’re from, or who you are, SPEAK UP when you hear that racist joke, stereotype, or even an accent because at the end of the day we all are human.

Dia Chakraborty is a 9th grader at Dublin High in Dublin, Calif. At Fallon Middle School she was a member of the Cheerleading team and part of the PEAC program. PEAC stands for Peer Education and Counseling. You can follow her on Instagram @diachakrabxrty.