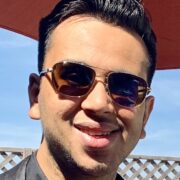 In a stunning turn of events, the world, along with the citizens of Afghanistan, watched in horror as the Taliban entered the nation’s capital Kabul on the morning of August 15th, 2021. The return of the Taliban comes after almost 20 years after the United States first sent troops to the country to go after Al Qaeda and its harborer, the Taliban regime.

Through social media and news outlets, spokespeople from the Taliban assured the world that the transition of power would be peaceful, emphasizing maintaining law and order in the nation’s capital. However, these assurances turned out false, and many international media sources have reported that the brutal rule of the Taliban has already begun. Reports describe the cruel treatment of civilians, including killings, kidnappings, rapes, and other terrible actions taking place out in the open.

As the world observes the human rights crisis unfolding in the country, the question is, what comes next? How do countries like the United States, China, Iran, Turkey, Pakistan, and even India respond to the Taliban takeover of Afghanistan?

The emergence of a Taliban-led government poses a significant threat to Western interests in the region. America and its allies will struggle to keep control in the area, and there are a few countries that will benefit and take advantage of the new regime. Countries like Qatar, Turkey, Iran, and Pakistan have already established diplomatic relations with the new regime in hopes for them to be more influential in the Middle East and the Arab World.

For Iran, the United States leaving Afghanistan is beneficial since the chaotic exit can allow Iran to further its interests in the region. In Pakistan, its government and intelligence agency, the ISI, have been accused of supplying weapons and funding the Taliban cause against the Afghan government since the war began. All these countries have in common one specific goal: to undermine the U.S. influence in the region. By establishing diplomatic relations with the new regime, they can spread their agenda across Central Asia, South Asia, and the Middle East.

Since the fall of President Ashraf Ghani and his government, Afghanistan faces a humanitarian and economic crisis. The country’s main form of currency, the Afghan Afghani (AFN), fell to record lows after the Taliban took control of the nation’s capital. The fall of the AFN will cause inflation, which will lead to a rise in the prices of necessities. According to many economic models, this inflation will directly impact Afghanistan’s poor the hardest.

Chinese foreign policy in recent years has revolved around investing money into foreign countries, and we can see this in cases all across the world in South America, Central America, and Africa. For the Taliban, relations with China will strengthen the regime’s legitimacy, along with the necessary financial support to keep their operations running.
Along with the Islamic countries, it is in China’s interest to keep America out of Afghanistan to invest and build the country in a way that seems beneficial to Xi Jinping and his government.

Another country that faces huge challenges with the Taliban in power is India.

India is one of the most important allies of the United States. Through the support of America and other countries like the United Kingdom, France, and Germany, India plays a vital role in influencing the politics and events of South Asia. India supported American-led efforts to fight the Taliban and other Islamic militant groups over the past two decades.

The second problem that India faces is the threat of Afghanistan becoming a breeding ground for radical Islamic terrorist groups. During the siege on Kabul, international news media reports stated that some of the freed prisoners were former soldiers of terrorist groups, including al Qaeda and ISIS. India has always been a target of terrorist attacks, and it is unclear whether the Taliban government will try to stop terrorist groups from forming in the country. It poses significant security risks, and the Indian government will have to figure out how to gather intelligence in the country while a hostile government is ruling.

The final obstacle in the geopolitical scheme of South Asia is whether Prime Minister Modi and his government should recognize the Taliban as a legitimate government. Recognizing the Taliban will help India keep its constituents who live in Afghanistan safe, primarily Sikhs and Hindus. It will also help India keep pace with Pakistan and China by allowing India to keep investing options open. On the flip side, however, India would face mass scrutiny by the Western world for recognizing a government promoting such horrible views, especially against women. For India, the struggle to find a middle ground will be a big problem.

As we watch the events in Afghanistan unfold, it is vital to acknowledge the struggle Afghan citizens have faced for years. In a country crippled by violence and foreign intervention, the people of Afghanistan want peace. Yet, the first thing that comes to mind when thinking of the situation in Afghanistan is who is next in line to intervene and use the country to its advantage. Sitting from our position, we forget that this is more than just a geopolitical issue; this is an issue of human rights. Despite having no end in sight, we can only hope that Afghanistan can find the peace it deserves.

Stavan Singh is a public policy major at the University of California Riverside. His specialization is on international relations and United States foreign policy, and he aspires to work as a policy advisor or international correspondent in the future. He is an avid sports fan, while also spending time with his dog Zeus.

Gandharvas and Kabuliwalas: The Long and Rich History of India-Afghanistan Links