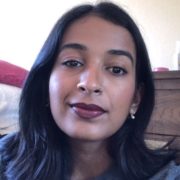 Asian Americans: When the Melting Pot Serves Up a Toxic Brew

I attended a protest recently. A protest against police brutality. A protest in solidarity with the black community. A protest to call into question the legitimacy of the socio-political institutions in this country that have been built on the backs of black people. As a South Asian immigrant to this country, I am appalled by the silence of our community.

I am appalled at how few South Asian families I saw at the protest today. At how few of my South Asian friends have taken it upon themselves to educate themselves about this situation, and at how there is an atmosphere of conflict-avoidance within the South Asian community in the United States at this moment. Silence at a moment like this is not helpful, it does not show that you are law-abiding citizens — but rather that you choose to turn a blind eye to the atrocities happening around you.

From my personal experience with South Asian families, there is a disproportionate amount of emphasis placed on the virtues of obedience and compliance as opposed to fighting for your values and beliefs. Although I am not sure where this idea of conflict-aversion stems from, I have noticed it in multiple aspects of my life.

Now, I’m not saying that people need to take up arms and literally fight people on their stances, but it is very evident that the South Asian community seems to be complacent or at least silent when it comes to a number of the social, economic and political issues in this country today.

For example, when I was talking about how I felt the need to be more vocal about my stances on the Citizenship Amendment Act that was passed in India earlier this year, the first thing I was told by one of my friends was that I was getting involved in something that “had no direct effect on me” and that I had no business protesting against something that was “unlikely to ever change.” At the moment, I couldn’t find the words to describe what I thought of that advice. But as I thought about that interaction later, the first thing that came to my mind was the famous poem, “First They Came” by Martin Niemoller:

First, they came for the socialists, and I did not speak out — because I was not a socialist.

Then they came for the Jews, and I did not speak out — because I was not a Jew.

This is what I wanted to say back to them. The message of this poem. I wanted to ask them what I’m gaining by not getting involved, by not showing up for those who are actively protesting human rights abuses by the Indian government. If we wait till each and everyone one of us is directly affected by an issue to act on it, it may be too late — the price to pay for that tardiness will be measured in lives lost. I have never understood this advice, and I never will.

Rather than compliance, we need to be talking about helping children foster core-values that they are willing to fight for. Some issues in our society today should be placed beyond the cost-benefit calculus of personal gain. And the current movement against police brutality is one of them.

The South Asian silence when it comes to police brutality and the targeting of black communities in this country is deafening. We see the same sort of attitude that my friend had espoused because it doesn’t seem to be a direct threat to any of our everyday activities. But this is where we are grossly mistaken. There is not a single instance of such injustice that does not create a more hostile and dangerous environment for everyone living in this country.

We’re Beneficiaries of This System

Every single black person who has been murdered for their race has died because of a system that has been set up to perpetuate oppression. And anyone who benefits from such a system has the moral responsibility and obligation to do something to intervene and put an end to it. And believe it or not, we as South Asians benefit from this system in so many ways. Instead of listing out the various ways in which we’re beneficiaries of this system, I would encourage you to watch this video by comedian and political commentator, Hasan Minhaj:

South Asians in this country are seen as a model minority, and with that status comes some amount of pressure to conform to the legal and social mores of this country. But there comes a time when such expectations and pressures are to be ignored and adherence to authority must be balanced with the need for challenging the status quo and uprooting institutions that are based on discrimination and prejudice.

So today, I ask you to rethink how different the world would be if people fought for what they believed in? If people engaged in difficult conversations with people close to them who seem to espouse racist sentiments?

If people didn’t see the advocacy and something that should only be left to those who are directly affected by the issue at hand? If people didn’t just prioritize their own well-being, but also that of the community that they live in? What if we lived in a world where we wouldn’t end up with no one left to speak for us because we would all be standing up for each other?