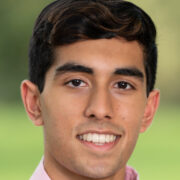 The Long To-Do List: This Election Must Mean More Than Just a Repudiation of Trump

After limping towards the end of a month-long early voting process and a nearly week-long post-election vote tally, the unprecedented 2020 American election finally appeared to come to an exhausting conclusion. Four days after the election ended, President-elect Joe Biden and Vice President-elect Kamala Harris delivered speeches that were meant to bring this election cycle to a natural conclusion. Yet the theatrics continued as President Trump initiated lawsuits and refused to concede an election on the grounds of massive, and unproven, voter fraud. Perhaps these antics are why this year’s election, though unprecedented in American history, feels anticlimactic in many ways.

This was the fifth election in my lifetime, only four of which I can remember. The pandemic prevented many Americans from submitting ballots in person, resulting in millions of ballots being mailed in all over the nation. Even though only five years of age, I remember the historic moment when America inaugurated its first Black President. And though this year’s election was unprecedented in so many ways, its historic effects are only slowly trickling through my consciousness due to a combination of the direction the presidency has taken over the past four years and the delay in this year’s election results.

The rancor of politics and the divisiveness of society has seemingly grown exponentially  over recent years. The President’s constant attention-grasping vitriol has been a large source of dismay amongst my friends and I when assessing the role of our modern-day government’s executive branch. Whereas Presidential actions would normally be defined by statesmanship, the direction taken by the current executive has been in contradistinction to this. The negative side effects of such commentary often surpass any positive gains stemming from the President or his party’s leaders. It is not difficult to see how this can lead to an inherent antipathy toward the actions of the Executive Office.

The delay in a final conclusion to this election cycle served only to exacerbate these underlying doubts about the veracity of the Presidential office. This leads me to question which is worse — the fact that there is a lack of a smooth transition in power of the American Executive branch, or the fact that this was expected and not the least bit surprising. Naturally a final conclusion to this process will occur one way or the other, and I am left to focus on the positive aspects of this contentious path.

Though initially disappointed to not have the excitement of knowing who was our president the day following the election, I came to understand and appreciate the slow burn of the democratic process to count every single vote. Red state governors refused to rush the process, and in that moment I understood that this country’s greatness as a democracy is not defined by the actions of one person or branch of government. Taking a few days longer than expected, counting every ballot was essential to ensure that all Americans were given a voice in this election.

While the delay in reporting the winner of the 2020 election may have initially detracted from heady celebrations, ultimately the importance of these elections as a stamp of the democratic process was unmistakable. In this politically divided time, faith in our elections and democracy is crucial. Thankfully Biden indicated he would strive for unity in his acceptance speech. He reached out to Trump supporters as fellow Americans, calling for unity between all Americans regardless of race, religion, sexual orientation, or political orientation. He reassured his audience that he will govern as an American President for all, including those who did not vote for him. He committed to giving the pandemic its due attention, citing the formation of a task force made of leading scientists and clinical experts, headed by Indian American Dr.Vivek Murthy. Biden also humbly and simply acknowledged the loss of those who have succumbed to COVID-19. He promised to battle polarization in America.

His speech, while comforting and relatively subdued in tone, was preceded by a first-of-its-kind opening act. Vice President-elect Kamala Harris stands as the first of many for her position, including being the first Indian American, Black, and female Vice President. Biden acknowledged Harris’ mixed heritage in his speech, as well as her role in shattering the glass ceiling and paving the way for future Black and Indian American women to achieve leadership in American society. A personally touching moment for me was witnessing her honor her mother, Shyamala Gopalan.

Shyamala Gopalan personifies the struggles that my grandmothers endured upon arriving in this country five decades ago. Hearing the Vice President-elect honor her Indian mother and say her ethnic name over again that night resonated with so many immigrants and their descendants. It truly inspired hope for a world of possibility for future Indian Americans interested in politics.

While half of this country celebrated what they saw as restoration of order and civility, many who voted for Donald Trump, including many Indian Americans, remain skeptical of the Democratic party’s intentions towards U.S.-India relations. They have not forgotten how Biden and Harris have criticized Modi’s policies in Kashmir and India’s Citizenship Amendment Act. Biden’s election campaign manifesto discusses Kashmir in a typical Western construct focussing on restoration of democratic rights while glossing over 3 decades of terrorism and state-level political corruption. Others in the Democratic party of late have taken to criticize the Indian government’s laws and actions without addressing India’s national security concerns.

Some Hindu Americans have a long and deep-rooted distrust of the Democratic Party, whom they feel have failed to represent their concerns on equal footing with other religious minorities. While Hindu Americans were troubled by Trump’s condemnation of chain migration, a mode by which many Hindu families have emigrated to the U.S.,  these same Hindu Americans were not threatened by Trump since he did not overtly pose a threat to their religion and cultural identity.

Then there is a swath of Indian Americans who support Modi in India and are zealous supporters of Biden and Harris, matched only by their condemnation of Trump and his policies. They cite differences in ranking the importance of domestic versus foreign policy promises of these leaders in their choice of candidate for President. It is no wonder then that the Indian American diaspora has been heavily courted by members of both parties this election cycle. This has led to a large turnout of Indian American voters, just as we witnessed the largest voter turnout for any Presidential election in over a century, and an equally divided diaspora.

Through these muddied election months, amidst the backdrop of a resurging pandemic that is holding the American economy, character, and spirit hostage, we can discern a few points of clarity. The Indian American demographic will need to engage with the electoral process if they wish to see their issues represented. Traditional loyalties towards one political party are as unpredictable amongst the expanding Indian American diaspora as they are in the Latino voting blocs. The disparate viewpoints amongst Indian Americans provide a window into the generally polarized nature of the U.S. electorate. The Biden-Harris administration’s legislative and administrative success will largely hinge on crafting solutions to unify this sharply divided nation.

Suraj Raman Pandit is a 17-year-old high school senior from Houston, Texas and a third-generation Indian American dedicated to religious pluralism and social justice. He has coordinated joint forums between Asian American, Indian American and African American students at his high school in the interest of raising awareness surrounding the lack of inclusivity and equity in the educational space. He has volunteered with the non-profit group Hindu-American Foundation since age 12 to help promote mutual respect and understanding in a pluralistic society. He is fluent in four languages and looks forward to a career in international relations and public policy.