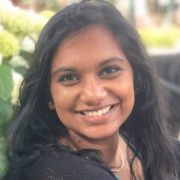 Rajiv Satyal: Raj Against The Machine

I’ve been searching for strangers who would hear the names of people, places and things and recognize them for who and what they were. You know that feeling when you’re recalling the name of a song or a TV show that used to be a family favorite and you’re met with a set of nostalgic eyes that light up. And a little whelp of excitement because the memory brought them so much joy they couldn’t contain it.

I’ve been searching for these friends.

One day, while trying to speak Tamil, the sentences that formed in my head came tumbling out, sounding like gibberish. I felt embarrassed. I stopped speaking in Tamil. That day my mother tongue became foreign to me.

One day, I traded the fragrant meal I had been bragging about for mashed potatoes because the spices were deemed too much for noses next to me. That day, South Indian food became foreign to me.

One day, I thought the vibrant patterns and embellishments that adorned my clothing would never amount to the trendy brands my peers wore. That day traditional Indian attire became foreign to me.

One day, I stopped trying to explain what nobody around me could understand. Those around me thought my experiences were merely a fantasy. That day being an Indian became foreign to me.

Growing up in a predominantly white state was like being trapped in a maze with people who knew the way and constantly told you the wrong directions to get out of it. I distinctly remember a boy I knew for years explaining to me during my first year of college, “all Indian girls are unattractive.”

I always knew that others look at me as inferior solely due to the color of my skin, but I never realized just how prevalent and hidden this toxic belief could be until I spoke to my own best friend.

“I’m so average here. With my blonde hair and blue eyes, I would be considered beautiful in India wouldn’t I?”

I looked at her stunned. How could she not feel beautiful in the United States, a country she believed superior to a place that my family and I call home?

I left my hometown a few months after my conversation with my best friend to pursue a higher education. I met those friends I was in search of for the first time this year.

Sitting in front of me, my beautiful friend whose appearance I had never questioned, began to reveal the ugly secrets she seemed to carry. The betrayal felt like acid under my tongue. No matter how many times I swallowed, the bitterness of citrus fruit and the sting of lemon with notes of anger lingered in my mouth. What had started as an innocent conversation about our love lives turned into the romanticization of an entire history of pain and suffering.

When I met my friends who saw the real me, I think I exhaled for the first time after holding my breath in for the past two decades. That day, the cruel remarks became foreign to me.

Swetha Saravanan is a 20-something midwest native and a recent graduate with a degree in economics. She began her love for publishing and journalism during her undergraduate career as a development director for the student art and literary magazine, and editor for the campus newspaper. In her free time, she enjoys wellness-focused content creation and tearing off the gift wrap when discussing social justice issues.