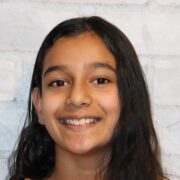 Over the winter holidays, I read the novel, The Namesake, written by the celebrated Indian American author, Jhumpa Lahiri. The Namesake centers around three people — Ashoke, Ashima, and their son, Gogol/Nikhil. Ashoke and Ashima move to the U.S. from Kolkata in India and build a new life for themselves. It transported me back to my time in India, but, also made me think about the emotions that come with moving to a new country and finding a new home. I have not been back to India since 2019, so, it was an incredible feeling to return to Kolkata and relive the descriptions in the book.

The first thing that struck me was Lahiri’s mention of the red stairs in Ashoke’s family’s house in Kolkata. This intrigued me because my grandparents’ home has the same red clay stairs. It is a common, and beautiful feature of Bengali residences. I remember sitting on the stairs, eating oranges, anytime it got too hot. I always went in December, but, being from Seattle, I have an extremely low heat tolerance. On the other hand, Bengalis have NO cold tolerance at all. While my grandparents and uncle were decked up in woolen hats and giant sweaters, I would be sweating in my regular summer clothes. Even though the stairs were not a key part of the novel, it is still the part that I remember most vividly because I have my own memories associated with them. That scene, along with other visual descriptions of Kolkata, put me back in my grandparents’ house.

The other thing that resonated with me was the use of nicknames or dak naam. Used widely among Bengalis, dak naam has nothing to do with your formal or “bhalo” (meaning good) name – they are just random names that are given to you by your family and friends. Even when they are embarrassing, the names stick with you and sometimes replace your formal name. For example, what was supposed to be the main character’s dak naam, Gogol, became his actual name for many years. I always think the dak naams are hilarious. My uncle’s name is Dodol, which rhymes with Gogol, but has nothing to do with his bhalo name. My mom is so embarrassed by her dak naam, that she asked me not to put her nickname in this article (in The Namesake, Nikhil is also embarrassed to be called Gogol). I have heard of dak naams like “potol” (a vegetable, like gourd, that I don’t like), Tintin (after the comic book character), and even Lenin! My dak naam is Tunku because my dad and his friend met someone called Tunku at a conference and thought it was a cool name. Even Jhumpa Lahiri has a bhalo naam – Nilanjana Sudeshna Lahiri.

Reading The Namesake, I was reminded of the Portuguese word “saudade,” which does not have a direct translation but means something close to yearning, a sort of melancholic nostalgia. This is an emotion expressed through every major character in The Namesake. In the book, the mother, Ashima, epitomizes saudade. She keeps longing to go “home” to Kolkata, but she eventually finds her community in the U.S. and sees this country as her home. In the end, she decides to split her residence between India and the U.S. I went on a similar path when I lived in Portugal for a brief while, a few years ago. While living there, I yearned for Seattle practically every day. But I eventually made friends, built my community, and felt more at home.

In a way, Portugal reminded me of Kolkata because, while living in Lisbon, every morning I would walk over to get a pastry for me and my dad — not the healthiest habit, but still a fun one! Since Kolkata has some of the best desserts in the world, I do that there as well. Literally, the sweet shops are the first things to open and the last things to close – in both Lisbon and Kolkata. After coming back to the U.S., I still missed certain things about Portugal – like the views, the language, my friends there, and the food (if I am being honest, mostly the sweets). When coping with a new place, it helps to find small reminders of where you came from, things to help you cope with saudade. Ashima made friends she could talk in Bengali with; I sought out sweets.

Through The Namesake, I found myself thinking about what home means when you change where you live. When you move, you long for what you left behind – that is Saudade. But then, you make new friends, new routines, and your sense of home changes. In a sense, your home travels with you — and so does your yearning for familiarity. Saudade is a feeling that can stick with you forever; the longing becomes a part of you and it makes you who you are.

The beauty of The Namesake is that Lahiri captures something universal to travelers and immigrants everywhere. At one point in the book, the author says that daak naams, for all their silliness, “are a persistent remnant of childhood, a reminder that life is not always so serious, so formal, so complicated. They are a reminder, too, that one is not all things to all people.” Like nicknames that stay with you, you can grow out of different homes, but memories of them will always stay with you, even as you are creating a new life somewhere else.

Samara Desai is a eighth-grader from Seattle, Washington. She likes to play basketball, chess, and tennis and predict the ending of movies.