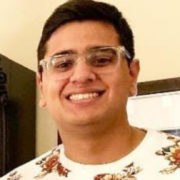 By now everyone in the country, if not the world, is aware of the absolutely despicable act that occurred on May 25 in Minneapolis, Minnesota — the murder of George Floyd, by former police officer Derek Chauvin, who was assisted by fellow officers Tou Thao, J. Alexander Keung, and Thomas K. Lane, in restraining Floyd, as well as preventing civilians from intervening with the situation.

This incident is one of many that illustrates a major problem in this country — the systemic racism that exists in the police force. Just between Chauvin and Thao, there have been 24 previous complaints on their record, 17 against Chauvin and 6 against Thao. While the latter received no disciplinary action, the former had, albeit only in the form of two letters of reprimand, essentially a warning.

The acts committed by these officers is only part of the problem, the other is the fact that they operate in a system that does not punish them for doing so. The sad truth is that if there was no viral video recording of the murder of George Floyd, those officers would not face justice.

The murder of Floyd has culminated in numerous protests across in the country, including but not limited to Minneapolis, Atlanta, New York City, Washington D.C., and Los Angeles. While most protests have been peaceful, there have been some that have turned violent, resulting in protestors setting fires, damaging police vehicles, destroying property, and looting businesses both small and large.

Many have used these incidents as a way to change the narrative, taking attention away from the original crime which is racist policing practices. This is not the correct way to look at what is happening in our country.

These protests are occurring because we as a nation are sick and tired of African Americans being unjustly killed by police. It’s not just about George Floyd, it is about getting rid of the systemic racism that caused him, Trayvon Martin, Breonna Taylor, Philando Castile, Ahmaud Arbery, and countless other black Americans to be killed for absolutely no reason.

And yes, while it is wrong to loot and destroy property, it is much worse to use those sporadic instances to ignore the fact that the majority of the protests occurring are peaceful and are the result of pent up anger over something that should not be an issue in the first place.

While the majority of the unjust deaths reported involve blacks being killed by white people, this is far from a black versus white issue. The Indian community, despite being a minority in America, is also known for being racist towards black people.

It is no secret that being dark skinned is not considered a good thing in Indian culture.

Indian American kids across the country, myself included, are constantly told to apply sunscreen in the summer months — not for safety against UV radiation, but to avoid becoming dark-skinned.  In the Indian community, to be dark skinned is deemed to be such a problem that the process of skin whitening is completely normalized by companies such as Fair and Lovely.

We cannot pretend to be outraged at what’s happening to black people in America, and at the same time push this negative anti-dark skin rhetoric in our own communities.

Another issue is the idea that South Asians Americans are subjugated to the same struggles and hardships as black Americans. That is simply a ridiculous notion.

So, instead of hiding behind our privilege and generalizing about a few people participating in violent protests, we need to stand with the majority of our black brothers and sisters and make sure that the system that takes their lives for no reason does not exist anymore in this country.

Aryaman Kulkarni is a junior at University of Connecticut, majoring in computer science, with a minor in math.