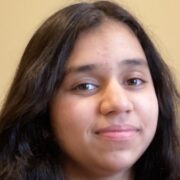 Social media. Parent pressure. Peer pressure. Stress. School. When you add these factors together, you only have one outcome: self-criticism, a negative sentiment that many teens go through. Not surprisingly, social media is a major determinant of self-criticism in teens since it’s something that many teens use merely for entertainment or to catch up on tea that they missed.

Unfortunately, something used so frequently can truly break one’s self-esteem. With access to everyone’s posts, it’s easy to get carried away with endlessly scrolling, watching, and monitoring other people’s lives. With each post seen, be it real or fake, one feels jealous and sorry for oneself. On top of this, there are constant comments from parents on everything their kids do. Although it helps them grow better as people, it can become a bit much, making teens question who they are and what they’re doing. It’s like your mind has been attacked by a fire-breathing dragon, burning every positive thought you’ve ever had about yourself, reducing your self-esteem.

Social media and parental pressure are usually the cause of self-criticism. A student from Crossroads North Middle School claims, “I honestly just let social media take over my day, and I would scroll through people’s pages, feeling sorry for myself the whole time, and comparing everything about myself with them.” As you scroll on and on, you start to list down different things other people have that you don’t, your mind silently memorizing everything without you knowing. Although your mind helps you remember specific things, it will come back later to attack you, like a double agent, with all of those negative thoughts only to make you feel worse.

Another student from Crossroads South Middle School replied, “One day, my parents compared me to a girl my age they had seen on America’s Got Talent. A talented sensation, Angelica Hale is known for her beautiful voice and golden buzzer on AGT. My friends were there too, and as we watched the golden streamers prancing about, my parents compared her to me and everything she had that I didn’t, right in front of my friends. I was so embarrassed, so I started criticizing and judging everything I did. I started becoming insecure about so many things about myself, desperate to have a completely different life and body so that I could be perfect like I thought what my parents must’ve wanted.”

The twin towers collapse, your mind along with it, and you want to disappear to hide the fact that you’re about to burst into tears in front of your friends because of your parents’ terrible comment. It’s a feeling that just lingers on, always coming back to haunt you, reminding you of the same feeling that you’re not good enough, even though it’s not true.. That one comment can have such a negative impact on a person, and make them want to hide from the rest of the world in fear of more insults.

One simple act of kindness or even a compliment could easily make someone’s day. A person’s self-esteem is exceedingly important, but being exposed to social media or receiving even one unthoughtful remark can undoubtedly tear someone apart, so be that person that knows how to take care of themselves. Be the person who also thinks about the people around them, since it could make dozens of lives better with the snap of a finger, without you even realizing it.

Trisha Govil is an 8th grader at Crossroads North Middle School in Monmouth Junction, South Brunswick, N.J. She loves reading and writing as it helps her open up her imagination.