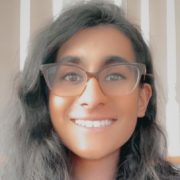 Barbers-in-Residence: How Desis are Dealing With Their Overgrown Locks

It’s hard to ignore what’s going on with our nation right now with regard to the Black Lives Matter movement. It seems as if the country has finally reached its limits of tolerance towards these heinous acts committed against black Americans. Thanks to the social media, it’s become harder to look away from the intensity of problems that black people face. Frankly, without the social media, I doubt any action would have been taken for the murder of George Floyd.

The four officers involved with George Floyd’s murder have been charged, thanks to the efforts of protesters. I initially doubted the ability of protests to accomplish much considering that such acts of violence have happened repeatedly throughout our history. But this victory has proven that there is hope for changing things.

However, the notion that all police are bad is also flawed and contributes to the problem. The system is bad, and some police are bad, but to paint all police officers with the same brush makes the situation worse. As we’ve seen from Trump’s election, there are two types of Americans: those who believe America is for everyone, and those who do not. Making generalizations about the police and vilifying them — just as some in the law enforcement make blanket statements about black people — only makes the problem worse. It’s a lesson that we as Americans have learned multiple times, and yet have to keep relearning: that blaming an entire group of people takes us further away from a solution.

In order to fix the policing system, we need to understand the specific policies that allow injustice to prevail. The system upholds many policies that allow police to evade responsibility for their crimes, such as erasing records of their transgressions after an allotted period of time or allowing them to be investigated by their peers rather than an impartial party. By knowing the specific policies, we will have a better idea of how to improve the police system in a way that is accomplishable.

While petitioning and donations are great ways to contribute to the cause, these are short term solutions. Donations will decrease as soon as this issue isn’t ‘trending’, and petitions can be ignored by those in office. Additionally, the sustainability of protests seems questionable during a pandemic. The number of Covid-19 cases in America has reduced as of right now, but as more people gather, there is greater the chance of spreading the disease.

We need to hold our representatives accountable, voting them out of office if they fail to heed to the public opinion. By voting responsibly, we hold them accountable. We need to take the time to research each politician, rather than blindly vote for our party nominees. We need to vote every year, not just during presidential elections. People can continue to blame the government for the systemic oppression of black people, but it is us who have the ability to change that through democracy. The suppression of black people is on the hands of every American citizen who has stayed complacent up until this point, myself included.

The truth of the matter is we are far from achieving equality for all, and while the current movement has made a significant stride in charging all officers involved in the murder of George Floyd, we cannot pat ourselves on the back just yet. While the treatment of black people by the police is what is being examined right now, it is important to remember that black people experience discrimination in almost all facets of life in the United States. We should start taking action on those issues as well, rather than wait for the next tragedy to take place.

Pooja Madhanraj is a junior at Stony Brook University majoring in biology.