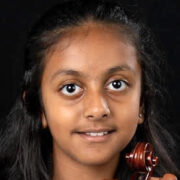 When I first saw it, I was sure it wasn’t real. It was too good to be true. The green card, which we had waited a decade for, had come… for my brother, my mother, and my father.

When I first understood that my family had immigrated from India to America and we were only allowed to be here on a visa, I apparently went to the co-op preschool as a three-year-old and told my class at circle time all about it. My teacher explained to my mother when she came to pick me up that afternoon that the entire class was now hoping that we would get the green card and stay back in the U.S. But even as I understood one part of the whole immigration process, there were several more I still needed to figure out.

There was only so much my parents would tell me at my age, so I tried to find out as much as I could online. Even as I searched, these parts came to me in bits and pieces over the last eight years, slowly embedding themselves in my brain and becoming vital pieces of information. The information that was given to me was scarce; an email read here, a conversation overheard there, a website filled with words and phrases that stayed in the back of my mind, and I didn’t understand much of it. My parents never even told me when they reapplied under a different category “extraordinary ability,” their fear of nazhar was so great. It just showed how much fear they had; how valuable this green card was.

I would fantasize when I was six or seven years old, about going to the President and telling him that my father was the best doctor and that we should be citizens by now. Everything about my family’s situation was simply unfair. But I didn’t realize there were hundreds of thousands of Indians waiting to get the green card. It was unfair that the waitlist was frozen for Indians, unfair that we weren’t citizens in the first place, unfair that everyday my parents were worried about how much longer we would have to wait.

America got a gold medal for having freedom of speech, for not being wrecked and bombed, that there were no famine or nation-wide disasters that so many nations were ravaged by around the world.

I knew that, by being born in the U.S., I was already an American citizen, although my family was not. I never realized how privileged I truly was until our neighbor had to leave for India because their visa did not get renewed when they lost their job. We had known them for 2 years, and then they were gone, back to India, as if they’d never even been here. It made me wonder if I had truly experienced the friendship with the youngest girl in the family, if I had truly gone over to their house, explained things to that little girl, watched my brother get teased by the older sister who lived in that family.

It made me wonder if bonds of steel and fire could be ripped apart from me with pieces of paper. Wasn’t fire supposed to burn through paper? Wasn’t our friendship supposed to last longer? Yet the first feeling that came to my mind when they left was relief. The first thought that came to my head was, that will never happen to me. Then came the sadness, the tears, the realization that my family might have to leave one day, too, and my own fear with that thought. I didn’t know what would happen if my family got deported. Would I stay in the U.S. in an orphanage? Would I go with them? I had no memories of India, as I was born in the U.S. and had visited India only once when I was two years old. I went through those eight years filled with suspense and a constant wonder of What would happen next? What would happen to my family? What would happen to me?I still look back today at the rift that grew between me and the rest of my family, filled with the emotions I would never tell my parents and my brother, filled with a question that rose above all the others: What if they didn’t understand?

Over the years, I can only remember feeling a deep sense of guilt when I thought of my privilege of having been born in the U.S. or when the topic of the green card was raised. My brother only brought the topic up a couple of times during our many fights over the years, and although I tried not to show it, that was one of the only insults that cut my heart up. I think it stung him as much as it stung me, but for the opposite reasons. Guilt would wash over me as I realized my privilege.

Then came the approval letter, ahead of the green card, and that is when everything was explained. After that, my parents went for fingerprinting and health checkups, they created messes in their tidy bedroom looking for document after document. And I had finally gotten the explanation I longed for. Over the months leading up to the green card delivery, my parents rushed to send documents and worried the whole house while they bit their nails and waited for letters to come. They were nervous, they were scared, and for the first time, they were hopeful. They let the hope that they had smothered for years bubble up and blanket our family. Finally, finally, the green card came.

After my father had opened the envelopes containing the 3 green cards, we called every relative, we could think of — my aunts, grandparents, cousins. We celebrated with cakes of pure joy and balloons filled with relief. I admired from the corner, watched through all of it. But I was wrapped up in my own thoughts. I could not celebrate with them, not really, because I had been born here and had a right to be here. The struggle that my family had experienced had never been mine. So how could I celebrate? I had wanted it too, of course, but it wasn’t the same. I was part of this family, and yet I hadn’t faced the same battles as them. I never voiced my thoughts that day until weeks later, when I started writing them down,

I understood what privilege meant in that instance. When we are born with a privilege it is that much more important to make a difference and to change the world to make it better.

(Top photo: The author, second from right, with her parents and brother)

Arianna Rahmathulla is an 11-year-old, living in Florida with her brother.  When she is not writing, she has her head in a book, reading. She plays the violin and tennis and dreams of becoming an author one day.