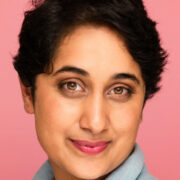 “The Jungle Book” is arguably one of humanity’s best-loved tales. An irrepressibly adorable kid, a jungle full of the most fascinating animals, an evil tiger, and a bereft mother unexpectedly reunited with her lost child – this is a classic tale with all the dramatic elements of good versus evil. But, if Kipling were to be asked “Given a chance to redeem your colonialist reputation, how would you write the story today?” what would his answer have been?

Fourteen upcoming authors aged 6 to 66 spent three months in a virtual writer’s room at the EnActe Conservatory poring over Kipling’s writings against a backdrop of the Black Lives Matter and MeToo movements, refugee crises, tiger extinction concerns, raging wildfires across parts of the North and South America, and the raging discussion of BIPOC representation in the Arts to answer that question. EnActe is a professional American theater company dedicated to telling stories that put South Asia into a global context and committed to developing talent.

They asked themselves — in a more tolerant, understanding world is the tiger evil or just misunderstood? Is there a way for Mowgli to be a resident of both the jungle and the village? What would a jungle village co-existence look like? Their challenge? To rewrite this universally beloved tale for a generation that cares, without losing any of Kipling’s brilliance in storytelling. Their response — re-creating Kipling himself as a character in the play as a storyteller of our times. Along with a saucy peacock who demands a presence — “you wrote a story about an Indian jungle and didn’t put a single peacock in it?”

As the pandemic raged the script went from page to zoom workshop to an EnActe School of Drama cineplay shot excruciatingly slowly character by character and stitched together by students of film and theater. As the world opened up, a physical professional production was born with a team of world-renowned creatives whose specific expertise elevates the show to its most authentic self.

Illustrious jazz saxophonist George Brooks, who has a deep knowledge of Indian classical music has composed a score that is pulsating and haunting; reflective of the Indian rooting of the story as well as its universal appeal. The choreography, by Navarasa Dance co-founders Aparna Sindhoor and Anil Natyaveda is rooted in the ancient animalistic martial art kalaripayattu.

Through the Kala Chaupal EnActe recruited national award-winning Madhubani artist Avinash Karn to create a 12-foot by 27-foot painting that shows the entire jungle and village. This exquisitely detailed painting is the basis for high-tech projection designs and animations that take the place of traditional sets.

The show opens in Silicon Valley this Fall and travels across the country in the next 18 months, making EnActe Arts a nationally touring company in its tenth year since inception. For more information, you can visit their website at enacte.org

The script transforms Sher Baagh from the vicious villain in the forest to a complex, traumatized victim of tiger extinction and hunting, and along with the show travels a lobby tiger exhibit and National Geographic Fellow Dr. Krithi Karanth. A deeply committed and lauded conservationist, Karanth heads the iconic Centre for Wildlife Studies in India, implementing economically viable solutions for village jungle co-existence which will lead to the creation of an uninterrupted swathe of forest across India that will regenerate not just tiger populations but the entire jungle ecosystem.

“This idea of theater for a cause is just one of the hallmarks of EnActe”, says Vinita Sud Belani, director of this play and founder of EnActe. “We care about the community we live in, and we care deeply about the causes that challenge our society today. My litmus test for whether a script makes it into our production pipeline is whether or not it will generate heated discussion at the breakfast table the next morning.”

Belani is an unusual and somewhat undefinable founder — she comes to the world of artrepreneurship after a 20+ year career in high tech, both in Silicon Valley and in the nine other countries across the four continents she has lived and worked in. She has a highly developed cultural compass, speaking seven languages fluently. She has a degree in Computer Science from BITS Pilani and a Masters in French language and literature from the Sorbonne. She has an MBA from HEC, Paris and was previously the founder of two tech startups.

“If you listen, the Universe shows you the way,” says Belani. “That is how EnActe was born – in one sublime moment!” Belani was invited to dinner at a friend’s house in Paris and found herself seated next to the prolific playwright and Lifetime Oscar-winning script writer Jean-Claude Carrière. Deeply impressed by his knowledge of India, she asked him why the Mahabharata that he and Peter Brook had created in the 80s, a watershed moment in ‘80s theatrical history, was not being revived for a new generation. Carrière, with a twinkle in his eye, replied “Do you have a theater company? If so, we can revive it.” Belani took a day off from work, invited Carrière to lunch and asked if he was serious about a revival. “That twinkle did it for me,” says Belani.

She quit her job as senior management in a technology consulting firm and started EnActe, from the French phrase meaning “In Action.” For two years Belani traveled across America with Carrière, retelling the Mahabharata as a one-man show called The Modern Vyaasa. “The highlight of that experience, the culmination really, was when EnActe and his role as the Modern Vyaasa were mentioned at the Academy Awards when Carrière received his Lifetime Achievement Oscar. I was Jean-Claude’s guest at the event, and I am not ashamed to say I cried” says Belani.

“Where does a theater company go after a start like that”, says Belani “I had to define a path that was meaningful in the American environment I now found myself in”.

Belani’s choices of plays reflect her own experiences. A lot of EnActe’s work focuses on women’s issues and for a while, EnActe was a company run solely by women. “If you graduated with an engineering degree in the 80s, you often found yourself the only woman in the room, and you often found yourself unheard, your accomplishments diminished and your ambition derided. I wanted to not only tell those stories but also give women a leg up into the corporate world using EnActe as a career booster.”

Today, while the stories EnActe creates and produces focus on putting the South Asian perspective into a global context, their audiences, actors, directors, and playwrights are of a wide diversity — in race, age, experience, and gender. This has made EnActe a major talent incubator for South Asian storytellers. “We only do groundbreaking, developmental work,” says Belani. “If it’s been done elsewhere it rarely gets re-done at EnActe.”

As EnActe grew, Belani realized that South Asian talent, like other immigrant talents, was caught in a vicious circle of not enough talent development due to not enough opportunities. This led to the creation of The EnActe School of Drama which now runs theater programs in schools, master classes and workshops for adults, and the EnActe Conservatory which invites advanced theater makers of all ages to collaborate.

“Collaboration is at the heart of what theater is about and EnActe’s DNA is built on collaboration”. Says Belani. EnActe’s vast collaborator list includes schools, universities and museums across America, as well as dance companies, Asian theater companies like East West Players in LA and Hypokrit Productions in New York, as well as more traditional companies like San Francisco Shakespeare Company and most recently Children’s Theatre of Charlotte, with whom they will co-produce their next production – The Night Diary, a play adaptation of the young adult partition novel by Hira Veeranandani.

Beyond the stage, EnActe runs several community impact programs funded purely by generous donors committed to EnActe’s mission. Vintage EnActe, a free radio playwriting program that EnActe runs in Senior Centers to stave off loneliness and build community, earned them many laurels from the California government during the pandemic.

Asked if she would recommend others to start a theater company, Belani laughs. “Yes, if you are crazy, if you can survive irate family members who never see you, and isolation from friends who have begun to hate your begging bowl, if you can work sixteen hours a day seven days a week and sublimate your ego to the point where only the mission matters. Then yes, but otherwise, no!”

Artistic Directors across the country are quitting, exhausted by the effort of trying to survive the pandemic. The industry itself is in a state of flux, reexamining itself amidst concerns of white privilege, cultural appropriation, lack of diversity in representation and more. “There is no tougher time to be in the business,” she says, “and I am grateful to everyone that helps keep EnActe alive and thriving in really challenging times.”

As EnActe enters its tenth season, Belani says “I took the decision to make EnActe a nationally touring theater company because the work that we do resonates with everyone. More people need to experience the immediacy of theater and more people need to see diverse representation on stage.”

“The Jungle Book: Rudyard Revised” is the perfect vehicle to go national. With its authentically Indian, very contemporary depiction of a universal story and a deeply diverse cast, this play sends all the right messages of hope, unity and belonging.

Mukta Phatak (she/her) is a creative person living in NYC. She is an actor, playwright, singer, and teaching artist, and in her work, she strives to be a force for justice, change and learning. IG: @xmukta.