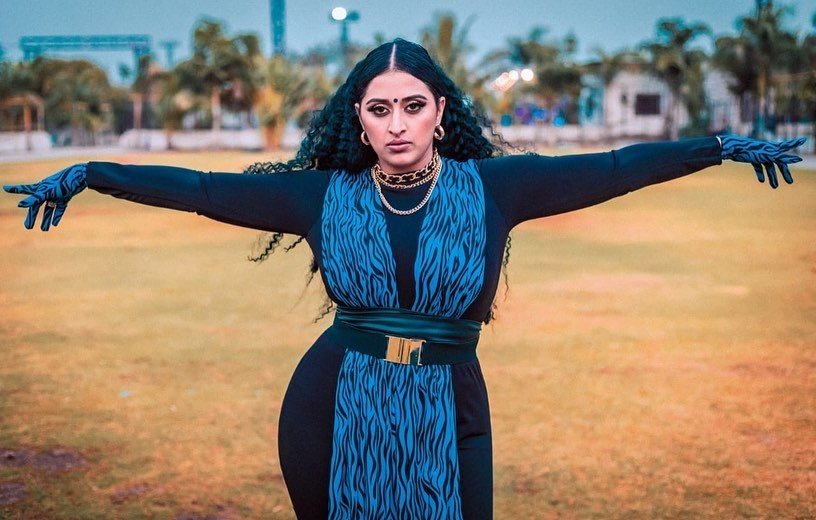 Indian-American rapper and songwriter Raja Kumari has released her second  new single, “Peace,” from her highly anticipated EP, “The Bridge.” Through the song, Kumari says she wants to encourage people to surround themselves with good energy, focus on the positives in life, and find inner peace. Kumari has teamed up with Elvis Brown on songwriting and Khari Brown on the music production for the single.

“Mentally, I knew I had to reset in order to focus on myself and my family, and this song was written as a mantra of positive affirmations for peace in my life,” Raja told the Indo-Asian News Service.

“Peace” was shot during the lockdown and shelter-in-place orders were implemented due to the COVID-19 pandemic. Kumari shot the video at her parents’ home in Los Angeles, between Antelope Valley and Mt Baldy. “Although I’m used to having a big crew on set to handle everything from location scouting to glam and make-up, all I had in LA was me and Shawn Thomas (long-time director and collaborator) and the help of my manager and assistant,” she told IANS. “It definitely was a challenge to start from the beginning again, doing all the styling and hair and make-up myself.”

This April, Kumari released “N.R.I,” which offers a look into her upbringing, highlighting the duality of her exposure to two different cultures and the irony of being made to feel alien in both. Produced by songwriter, Rob Knox, and co-written by Grammy Award winning recording artist, Sirah; “N.R.I.” was penned in Los Angeles, with the video shot in India right before the country declared a national lockdown, to fight the ongoing global pandemic.

A few weeks after releasing “N.R.I.,” Kumari collaborated with American EDM band Krewella and Australian DJ duo NERVO on a female empowerment anthem titled “Goddess.” She told The Times of India that she “wanted to create a song that reminded females of the warriors within themselves, and to embrace their inner goddess.” She continued: “The song was created as a song I needed for myself, that I’m grateful other women can relate to. It’s a battle anthem to remind people to embrace their goddess within.”

Kumari, whose real name is Svetha Rao, was born in California to Indian parents who emigrated to the U.S. in the 1970s. Variety says Kumari is on a “mission is to create art that blends her Indian roots with her American upbringing, with music that “fuses the rhythms she absorbed as a trained classical Indian dancer with her love for hip-hop.”

Kumari debuted in 2016 with “The Come Up” EP and has released several singles, along with last year’s “Bloodline” EP on Epic Records last year, on which she worked with veteran producers Sean Garrett and Danja. She has also collaborated or co-written songs with Iggy Azalea, Fall Out Boy, Fifth Harmony and Gwen Stefani.

Kumari, who holds a bachelor’s degree in religious studies with an emphasis on South Asian religions, has also been an Indian classical dancer since age 7.

She also contributes to several philanthropic activities through her performances and has helped in the creation of a hospital in Bengaluru and a meditation hall in South India for the Vegesna Foundation, a school for physically disabled children.

Last year, Kumari faced backlash for her single “Roots,” for emphasizing Brahmin superiority and promoting casteism. A collaboration with Mumbai rapper Divine — aka Vivian Fernandes — did not sit well with listeners, several of whom protested online. The line they objected to: “Untouchable with the Brahmin flow.”

Her talents extend beyond the studio, having recently co-starred in Zoya Akhtar’s “Gully Boy.” She also is the host and curator of her own Apple Music Beats 1 show, “The New India,” where she spotlights some of India’s brightest new talents. She is a series judge and mentor on “MTV Hustle,” India’s first rap-reality show, which debuted in August 2019, and will return once again to reprise her role as a judge and mentor on the panel when the show airs later this year.