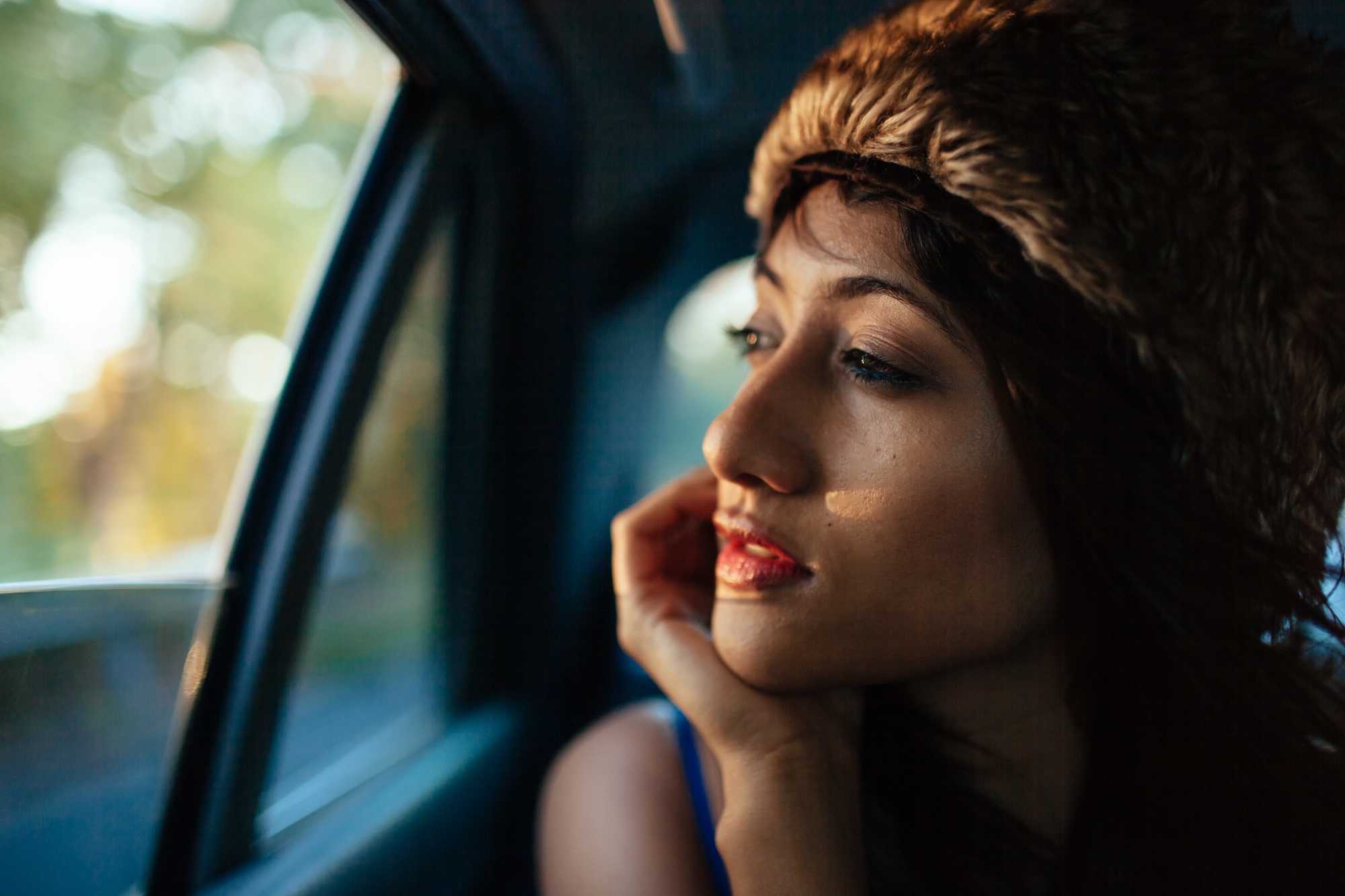 It’s been seven years since Priya Darshini moved to New York from Mumbai. In the initial months of moving, the 37-year-old musician would often delve upon the idea of home and what it really meant to her. Add to that the anti-immigration rhetoric of the Trump administration and the challenges of being a woman of color in a foreign country, Darshini grappled with a sense of not belonging. And this feeling gave birth to her debut album, “Periphery,” which has been nominated for a Grammy in the ‘Best New Age Album’ category.

“I have always felt a sense of displacement,” Darshini told American Kahani. Born and raised in Mumbai into a Tamil-speaking family, she is married to musician Max ZT, who is Jewish American. “I am a child of the world, and ‘Periphery’ was a way of exploring what home means to people like me, a Tamil girl, born in Mumbai and transplanted to New York,” she said. The album also touches upon identity politics and immigration crisis. “When I moved to New York in 2013, it was harder to navigate as an outsider,” Darshini recalled. “As a woman I didn’t have the agency.” Over the years, through her musical talents, Darshini said she met “several formidable” artists and forged some “amazing collaborations.”

Speaking about her Grammy nomination, Darshini said “it’s incredibly special. It’s a big nod for me, working on my music for so long. In the arts it’s always difficult to understand if you are doing the right thing – being experimental with my music,” she said, alluding to her style of music, which blends her Indian classical training with American folk and pop.

Released in May, “Periphery” which Darshini describes as an “East-West crossover,” comprises nine songs ,which she says are “a harmony of different styles, genre and cultures.” It features Max ZT, cellist Dave Eggar, drummer Will Calhoun and percussionist Chuck Palmer.

What makes the album unique is that it was recorded live in 12 days, and on one microphone, placed in an abandoned church in Brooklyn, minus any compression or post-production embellishments. “You can feel the space, the architecture of the room,” said Darshini. “What we got was an authentic view into that isolated, vulnerable and powerful space.”

The recording, done during the height of the pandemic early this year, when stay-at-home and shelter in place mandates were implemented, wasn’t without challenges. “In such a set-up, there couldn’t have been any retakes or separation of tracks, so, even if one person made a mistake, all of them had to start over again.” And to do that Darshini and her fellow musicians and the crew had to be vulnerable and honest. “So, it really mattered to me that I was surrounded and working with people who I could hold the space with. It was an emotional and powerful experience for us.”

The album, in English and Hindi, alternates between many worlds. The unique circumstances, the surroundings, the recording style, the various music genres, are evident in the songs in “Periphery.” Whether it’s “The Banyan Tree” and “Cocoon,” based on raga Puriya Dhanashree, which take root in her melancholia; or the sounds in “Des,” on raga Desh, and “Jahaan,” co-written with filmmaker Devashish Makhija, saunter from Sufi to Middle Eastern.Also featured is Darshini’s  rendition of “Sanware Sanware,” composed in raga Bhairavi by sitar legend Pandit Ravi Shankar and originally sung by Lata Mangeshkar in Hrishikesh Mukherjee’s 1960 film “Anuradha.”

Born into a musical family, one of Darshini’s grandmothers was a veena player and the other a Carnatic classical vocalist. In Mumbai, aged eight, she lapped up everything she saw on MTV. During this time she was introduced to Ella Fitzgerald’s music through a tape her father brought during one of his trips abroad. She recalls being mesmerized by the sounds of jazz and she soon began “to consume” the genre.

She trained initially under Carnatic classical artist Bombay Lakshmi Rajagopalan and then in Hindustani classical music from Pandit Sunil Borgaonkar for the last 15 years. She performed with college bands while studying mass media at KC College in Mumbai, before pursuing filmmaking at New York Film Academy. But music was her first love, her passion.

Darshini moved to New York from India because she wasn’t feeling challenged enough in India. “I wanted to immerse myself in different genres of music,” she says. When she made her finally move to the Big Apple in 2013, she was part of the much larger pool and had to begin from “scratch.”

She got the opportunity to work with musicians around the world, and eventually she developed her own style of music. “Each and everyone (musician) I have met over the years, has been a teacher, a mentor,” she says. She had to be careful not to be out in a box due to her ethnicity and her gender. “Just like India, the industry here is talented and is driven by hard work,” she says. “There is no lace for mediocrity, the hustle is real.”

A Woman of Many Hats

Along with being an accomplished singer, Darshini is also an actor, an athlete, and an entrepreneur. Alongside singing, Darshini has done several voice-overs and music-compositions. She is also a part of bands like Epichorus, the Karsh Kale ensemble and Priya Darshini Trio and Woman’s Raga Massive. She also co-produces a festival known as Out of the Wood running for three years.

She aced the role of Shubhashini Das in the 2014 film “The Letters” which was based on Mother Teresa’s life. She also had a brief stint in Bollywood as a playback singer, with Vishram Sawant’s “D” (2005) and David Dhawan’s “Maine Pyaar Kyun Kiya” (2005), left her disenchanted. In a previous interview with Indian media, Darshini has said that the Bollywood experience left her disenchanted. “It just wasn’t for me,” she told the Indian Express. “I felt very disconnected from it. I craved to create original music.”

In 2008, she was chosen by American musician Roy Wilfred Wooten for his famed Black Mozart Ensemble, which combined jazz with classical music, hip hop and bluegrass. Darshini travelled with the band for three years (2005-08) and recorded in Nashville, Tennessee, often. It was on a trip back home around the same time that she met her husband, Max, who was staying in Mumbai then to learn from santoor maestro Pandit Shiv Kumar Sharma, on how to give the hammered dulcimer an Eastern touch.

Darshini runs her family’s NGO Jana Rakshita, launched in 2004 in Mumbai, that offers medical treatment and rehabilitation service to underprivileged children and adolescents affected by cancer. The NGO has also adopted a girl’s school to improve its infrastructure, encourage girl education and prevent them from dropping out due to sanitation and hygiene issues.

She is also a keen sportsperson. At 23, she became the first Indian woman to complete the 100-mile Himalayan Ultra Marathon.

Her closeness to nature is evident in her debut album “Periphery”as well which includes a video for the song “Home,” shot in Borivali National Park in Mumbai, near which she lived for many years. The significance of winning the coveted Grammy is not lost on Darshini. As she put it, “It will be coming full circle.”