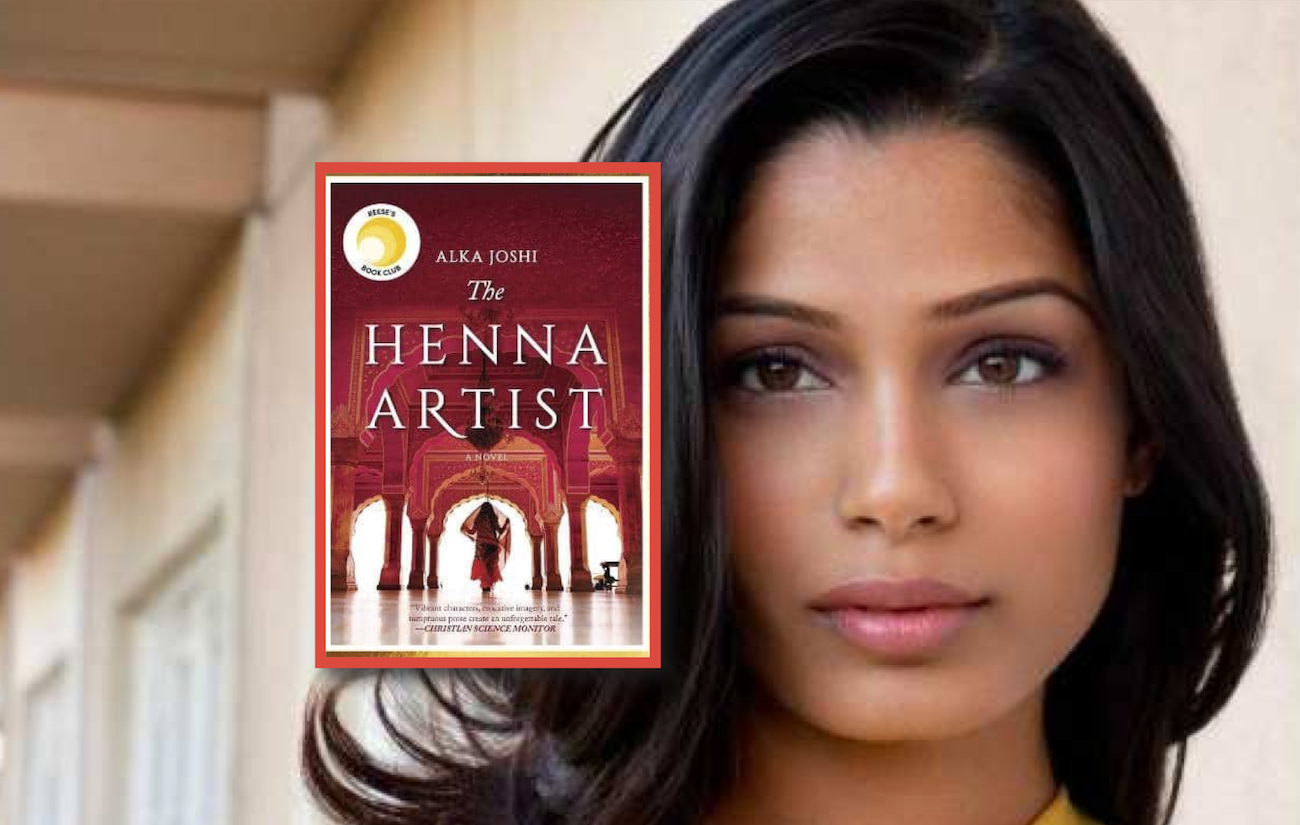 Netflix has acquired the series adaptation of Alka Joshi’s novel “The Henna Artist,” starring Freida Pinto, written by television writer, producer and cookbook author, Sri Rao, as part of a first-look deal he has signed with the streaming giant. He will also executive produce the series through his Sri & Company, along with his head of development, Mirsada Abdool Raman, Pinto’s Freebird Films, and Michael Edelstein.

Set in 1950s India, “The Henna Artist” tells the story of 17-year old Lakshmi Shastri (Pinto), who escapes from an abusive marriage and makes her way alone to Jaipur in Rajasthan. There, she becomes the most highly sought-after henna artist — and confidante — to the wealthy women of the upper class. “But trusted with the secrets of the wealthy, she never can reveal her own,” according to the book’s synopsis. The book was published by HarperCollins/MIRA in March 2020 and was Reese Witherspoon’s Hello Sunshine Book Club Pick of the Month in May.

Rao told Deadline that he’s “incredibly grateful” to the Netflix team “for this opportunity and vote of confidence.” Adding that “no one in Hollywood was interested in my experiences as an Indian-American person for the longest time,” Rao said he “often found myself creating worlds that were filled entirely of white characters.” But he said, “he held on long enough to get to this point where the industry is slowly changing.” He told Deadline that his company’s mission “is to find the most talented South Asian writers, actors, authors, and other artists from around the world and create compelling content that’s entertaining for all audiences, regardless of the color of their skin.”

As part of his collaboration with the Netflix creative team in India, Rao is currently finalizing the upcoming series “Finding Anamika,” starring Bollywood star Madhuri Dixit, in her first-ever series role, set to be released early next year. Earlier this year, Rao launched “Bollywood Kitchen,” his first interactive show, inspired by his cookbook of the same name. At the time, Rao told American Kahani that the live show, filmed at his New York apartment in Hell’s Kitchen, is “an intimate dinner party” featuring “an evening of Indian American food and storytelling and Bollywood music.”

His projects, spanning both drama and comedy, often tell stories of the Indian-American experience, including, “Red White & Bollywood” (with Priyanka Chopra), “Courtesan” (with director Shekhar Kapur), “S.O.B.” (with Kelly Ripa), “Bollywood Spy” (with Ryan Seacrest), and “I Am Not Myself These Days” (with Darren Star).

Last year, after she was confirmed for the lead role in “The Henna Artist,” Pinto told Deadline that after reading the book, she immediately was drawn to Lakshmi, “the kind of character I’d been dying to seek my teeth into.” She told the entertainment portal that “as an actress, I cannot wait to dive back into the stories of my motherland and make my women (and my men) of all backgrounds, with all their good and their complexities, feel seen and heard. Lakshmi Shastri is not a puritanical woman. She empowers me, and I am honored to pass that feeling on to a very global audience.” Pinto told Deadline that a big draw for her was the fact that “The Henna Artist” features “a world that hasn’t been explored when it comes to India, especially in a global platform.”

The Rajasthan-born Joshi immigrated to the U.S. with her family in 1967. She earned a BA from Stanford University and an MFA from California College of Arts in San Francisco. She previously ran an advertising and marketing agency for 30 years. She has spent time in France and Italy and currently lives with her husband on the northern California Coast.

She has recently released “The Secret Keeper of Jaipur,” the second book in the Jaipur trilogy, which picks up 12 years after “The Henna Artist.” It’s the spring of 1969, and Lakshmi, now married to Dr. Jay Kumar, directs the Healing Garden in Shimla, She arranges for her protégé, Malik, to intern at the Jaipur Palace, after he’s finished his private school education. At 20, he has just met a young woman named Nimmi. When he arrives in Jaipur, Mailk soon finds that “not much has changed as he navigates the Pink City of his childhood,” where “power and money still move seamlessly among the wealthy class and favors flow from Jaipur’s Royal Palace, but only if certain secrets remain buried.” Goodreads says the “The Secret Keeper of Jaipur” is “a tale rich in character, atmosphere, and lavish storytelling.”