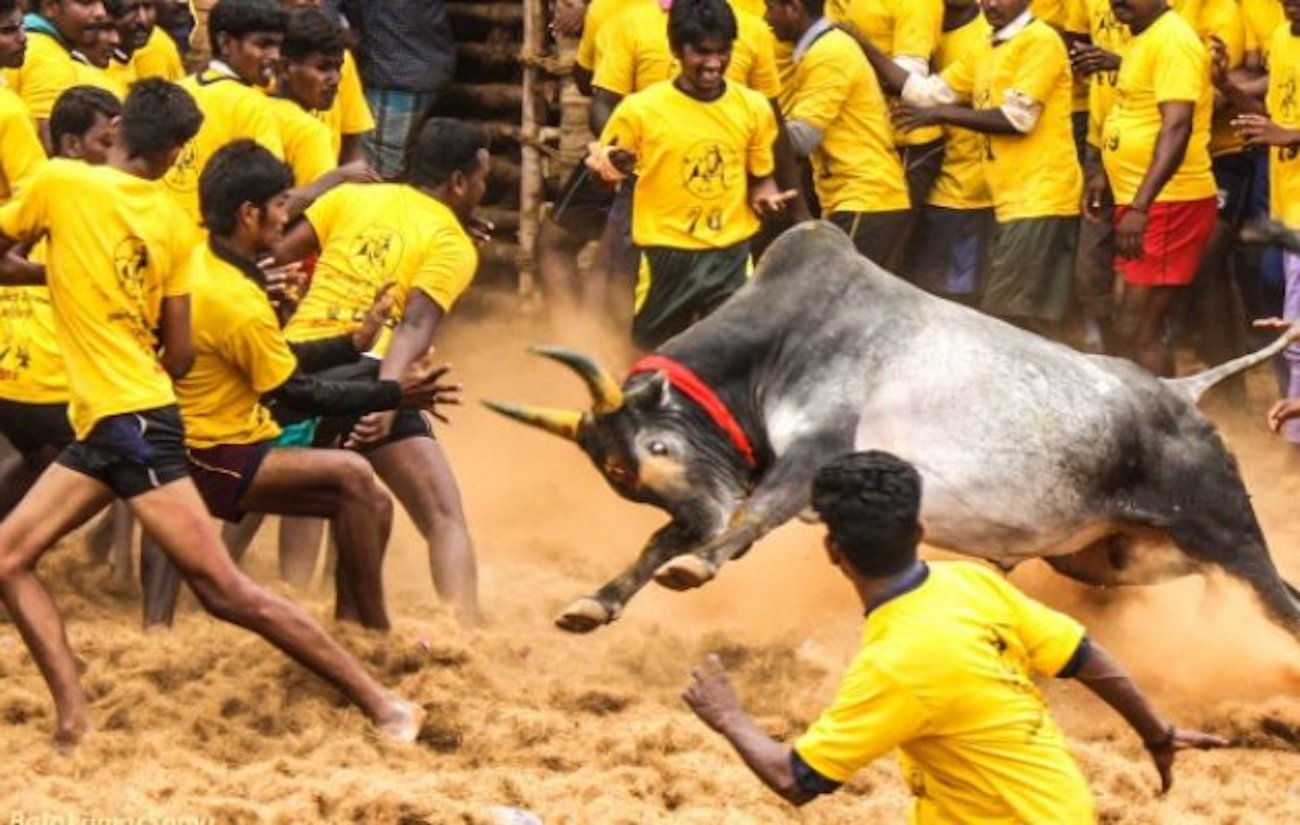 Malayalam film “Jallikattu” has been selected as India’s official entry for the Best International Feature Film category for the 93rd Academy Awards. Directed by Lijo Jose Pellissery, the action thriller follows a buffalo that escapes the butcher’s hold when he is about to slaughter it. The beast runs helter-skelter, leaving a trail of destruction in its wake. It is based on S. Hareesh’s acclaimed story “Maoist,” and stars Antony Varghese, Chemban Vinod Jose, Sabumon Abdusamad and Santhy Balachandran.

“Happy for all who ran for Jallikattu,” Pellissery told Scroll.in.

“Jallikattu” is the third Malayalam film after “Guru” (1997) and “Adaminte Makan Abu” (2011) to be chosen as the country’s official entry for the Oscars.

The film derives its name from the infamous, traditional bull-fighting sport of the same name in the state of Tamil Nadu. In the sport, a bull is released towards a crowd of people and participants, who try to grab the hump on the bull’s back with both their hands, while it tries to escape.

The film received critical acclaim and garnered praise for its subject and execution.

Oscars So Brown: Raising a Toast to South Asian Excellence in American Films and Television

“Get ready to be gored by cinema’s horns, trampled under a stampede of deliciously grotesque, fleshy imagery and tossed aloft on a buffalo-snort of bravado because Lijo Jose Pellissery’s utterly bonkers ‘Jallikattu’ is here to pummel a Midnight Madness slot near you into submission,” wrote Jessica Kiang for Variety. “A fever-pitch, adrenaline-soaked vortex of social issues drama, deconstruction of the male id, and hokey, hubristic descent into hell, this crazed howl of human brutality morphing inexorably into bestial savagery deserves, and feels destined to find, a willingly cultish following on the festival circuit,” she wrote.

Saibal Chatterjee of NDTV called the film “a memorably immersive experience,” while S.R. Praveen of The Hindu said it was “a spectacularly frenzied tale of machismo versus wild.”

The film was selected by a 14-member committee of the Film Federation of India, from a shortlist of 26 films, including Video Balan’s “Shakuntala Devi,” “Gulabo Sitabo,” starring Amitabh Bachchan and Ayushmann Khurrana; Shonali Bose’s “The Sky is Pink,” with Priyanka Chopra, Farhan Akhtar and Zaira Wasim, and the Deepoka Padukone-starrer “Chhapaak,” directed by Meghna Gulzaar, among others. Last year, Zoya Akhtar’s “Gully Boy,” starring Ranveer Singh and Alia Bhatt, was India’s entry to the Oscars. The last Indian film to get nominated in the Best Foreign Language Film was Aamir Khan’s “Lagaan” in 2002, after Mother India (1957), and Salaam Bombay! (1988).