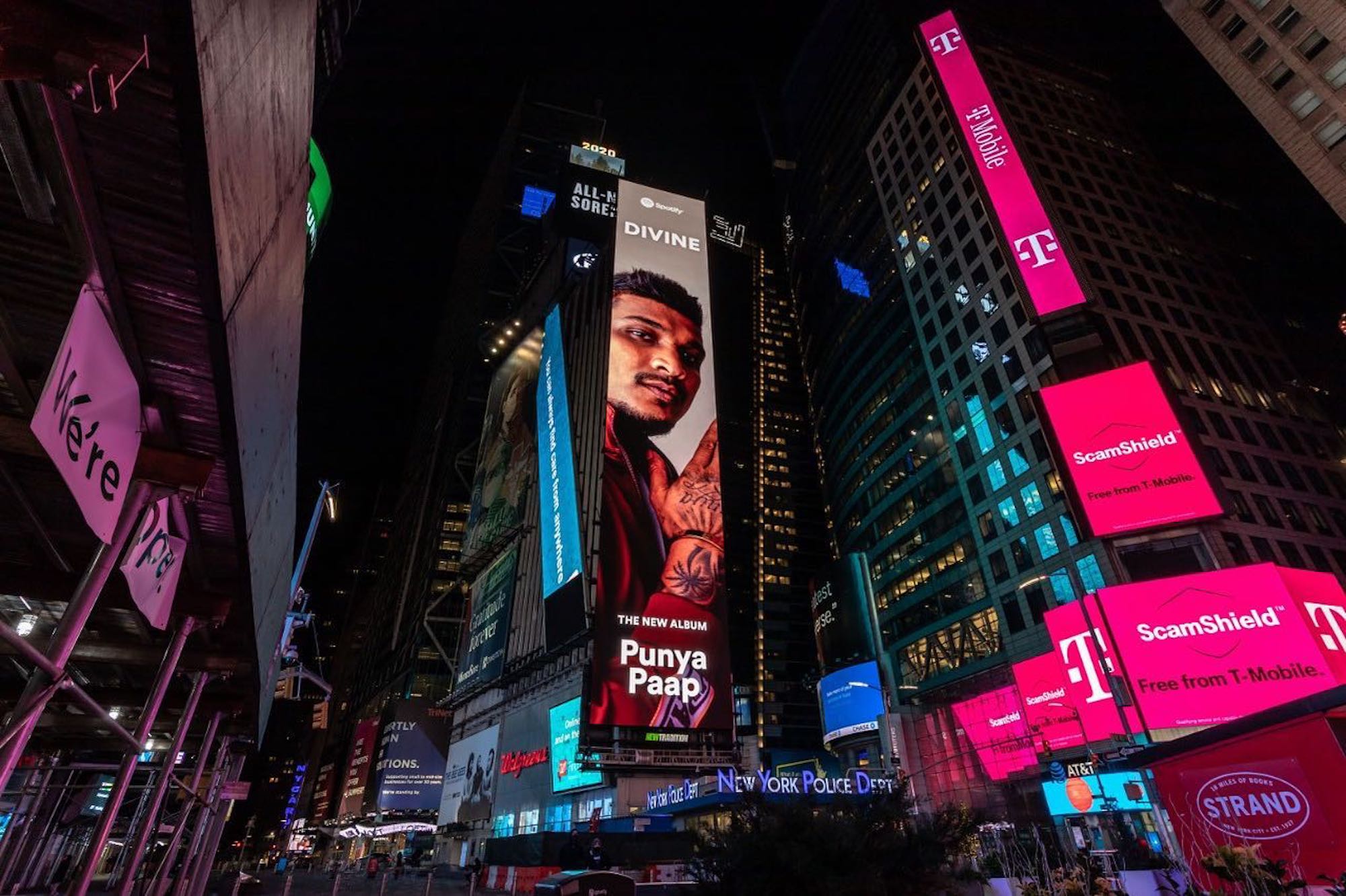 Mumbai-based rapper Vivian Fernandes, better known as DIVINE, recently pulled off a coup of sorts by becoming the First Indian Rapper from Andheri East to be featured on a New York Times Square Billboard. The honor was awarded to the rapper after his new album Punya Paap claimed the #1 spot on Apple Music India (all genres) since its release. The album premiered on December 4th and is already in Spotify India’s Top 50 chart.

The album was released in partnership with Mass Appeal India and Gully Gang Entertainment.

Talking about being on Times Square the rapper added, “And now that we’ve made it to the iconic Times Square. This is a sign that the story of hip-hop in India is no longer confined to a nascent perspective but it’s burgeoning and we are headed for exciting times. Life is good and I’m grateful.”

An overwhelmed DIVINE also added, “Releasing an album is always an important milestone for any artists. I’m grateful to my fans above all who’ve waited patiently since my previous album Mirchi secured a spot on the YouTube Top 100 Global Songs recently, a first for me with regards to a global charting.”

Chaitanya Kataria, Co-Founder, Gully Gang Entertainment, talking to Republicworld.com about DIVINE and his growth as an artist said, “Punya Paap reflects his aptitude of being able to consistently deliver chart-topping hits and also underground hip-hop bangers. We’re thankful to our partners in believing in the vision and working with us to take the Indian hip-hop brand global. “

The Bollywood movie Gully Boy starring Ranveer Singh was also loosely based on the rappers and few other underground artists’ lives. The movie was directed by Zoya Akhtar and written by Akhtar and Reema Kagti.