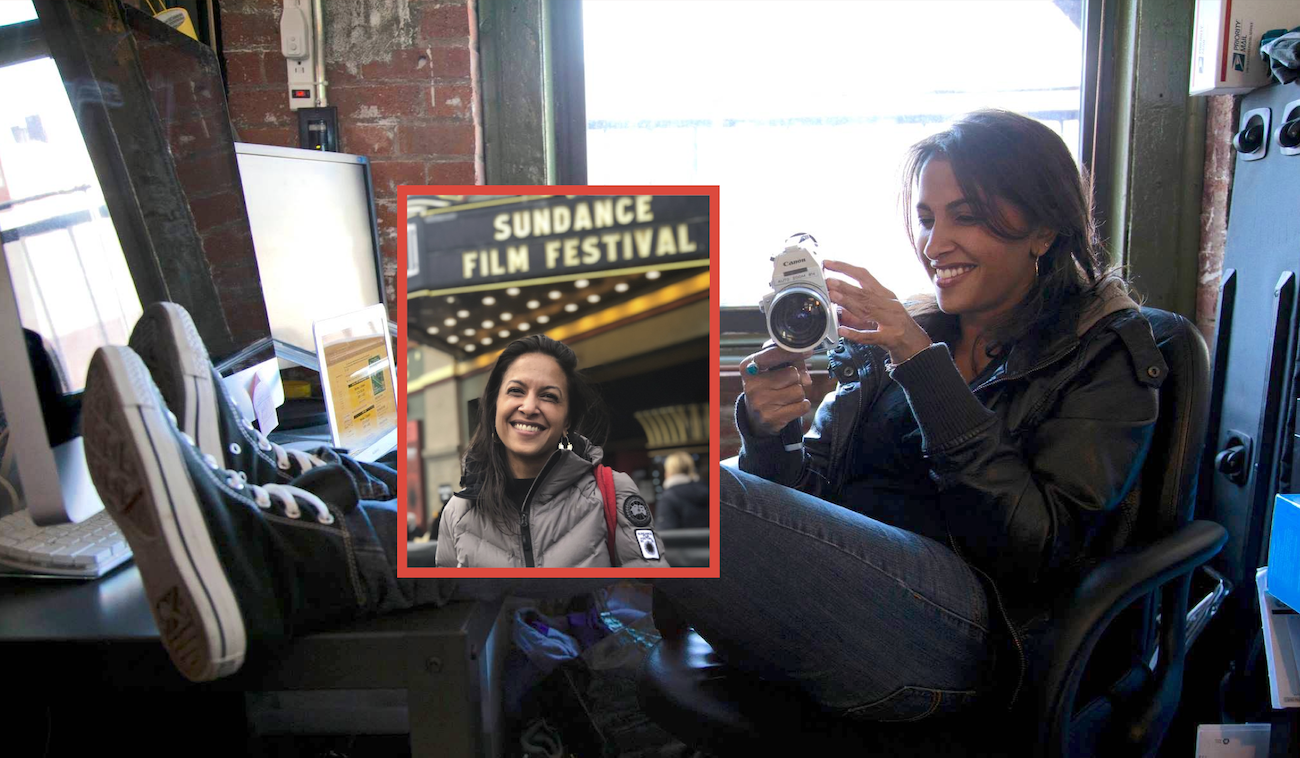 According to the filmmakers, the documentary will examine how a “nascent social media app, best known for viral dances, has served as the catalyst for heated controversy and endless conspiracy theorizing involving the U.S., China and a new tech-rooted Cold War that will shape the future of a global shared internet.”

“TikTok, Boom” is the latest offering from the team behind Hulu’s upcoming “WeWork: Or the Making and Breaking of a $47 Billion Unicorn,” which is set to premiere at this year’s SXSW, and is being produced by Campfire, Forbes Entertainment and Olive Hill Media.

The Brooklyn, New York-based Kantayya’s films explore human rights at the intersection of water, food, and renewable energy. She is no stranger to Sundance either. Last year, her film “Coded Bias” premiered at the festival to critical acclaim. It was broadcast nationally on PBS Emmy-award-winning series “Independent Lens” and began streaming globally on Netflix in April 2021. The film won a SIMA Award for Best Director and has been nominated for a Critics’ Choice, a Cinema Eye Honors, and NAACP Image Award, among others.

Kantayya’s debut feature, “Catching the Sun,” premiered at the LA Film Festival and was named a NY Times Critics’ Pick. It was released globally on Netflix on Earth Day 2016 with Executive Producer Leonardo DiCaprio and was nominated for the Environmental Media Association Award for Best Documentary.

Additionally, she directed the season finale of the National Geographic television series “Breakthrough,” executive produced by Ron Howard, broadcast globally in June 2017. She has also directed for NOVA and YouTube Originals. A TED Fellow and a William J. Fulbright Scholar, Kantayya is an associate of the UC Berkeley Graduate School of Journalism.

Also premiering at the festival’s World Cinema Documentary Competition is Delhi-based filmmaker Shaunak Sen’s “All That Breathes,” produced by Aman Mann and Teddy Leifer. The film is set against the darkening backdrop of Delhi’s apocalyptic air and escalating violence and tells the story of two brothers who devote their lives to protect one casualty of the turbulent times: the bird known as the Black Kite.

Sen’s first feature-length documentary “Cities of Sleep” was shown at various major international film festivals in 2016, according to his IMDB profile. It won six international documentary awards. Over the years, Sen has received several fellowships and grants including the Charles Wallace Grant, as visiting scholar at Cambridge University (2018), the IDFA Bertha Fund (2019), the Sundance Documentary Grant (2019), the Catapult Film Fund (2020), and the Gucci Tribeca Documentary Fund (2020).

He is currently working on his second documentary project “Airborne.”