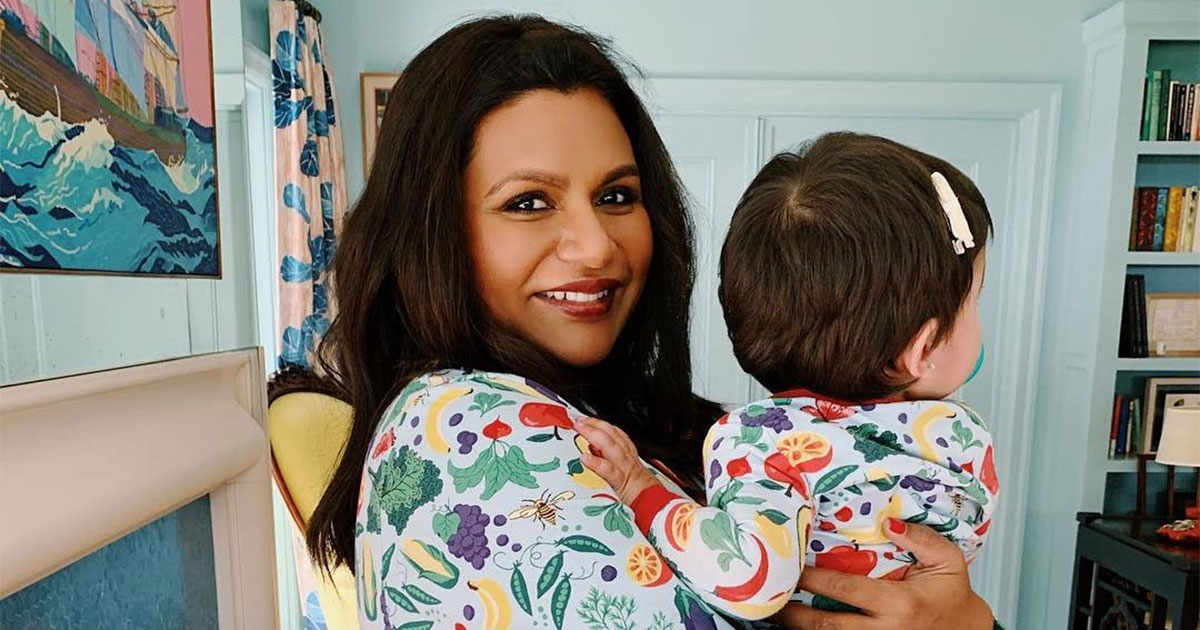 Mindy Kaling has a new baby boy. Yes, that’s right. The 41-year-old Indian American writer, actor and producer made the surprise announcement on “The Late Show with Stephen Colbert,” on Sept. 8. “I’m telling it for the first time now, I gave birth to a baby boy on September 3,” she told Colbert, adding that she named him Spencer. Her daughter, Katherine, is almost 3.

The quarantine helped her keep her pregnancy a secret, she told Colbert. “There was so much going on, so much heartbreak in the world that it felt strange to go out of my way to shine a light on some giant health information,” she said.

When asked about Katherine’s reaction to her little brother, Spencer, Kaling said: “She was really worried about her toys getting taken.” But as soon as she realized that her brother couldn’t take her toys, she was “delighted,” Kaling added.

Kaling hasn’t revealed the father of either Spencer or Katherine. It’s reported that Kaling’s “Office” co-star and close friend B.J. Novak is godfather to both children. As Colbert began prodding Kaling about Novak’s involvement with her children, she replied in usual Kaling style. “It’s hard because the concept of a godfather is a Christian thing,” she told Colbert. “He’s Jewish, my kids are Hindu, so maybe he was not the right person to pick, actually.”

Meanwhile, Kaling is collaborating with Dan Goor of “Parks and Recreations” to pen the script for “Legally Blonde 3.” Reese Witherspoon reprises her role as Elle Woods in the third installment of the franchise. Kaling and Witherspoon co-starred in Ava DuVernay’s 2018 fantasy film “A Wrinkle in Time.”

This is the second time Kaling and Goor are teaming up. They have also been roped in for the screenplay of Universal Pictures’ wedding comedy. Kaling teamed up with Priyanka Chopra for the international comedy set in America and India, which centers on a big traditional Indian wedding and the ensuing culture clashes. Deadline says the film is being pitched as “Crazy Rich Asians” meets “My Big Fat Greek Wedding.”

Kaling recently co-created and executive produced “Never Have I Ever,” the critically acclaimed Netflix comedy series which follows an Indian American teenage girl and is inspired by Kaling’s growing up years.

Last summer she co-created and executive produced the Hulu series “Four Weddings and a Funeral” based on the 1990s romantic comedy. Her movie “Late Night,” which she stars in, wrote and produced, made its world premiere at the 2019 Sundance Film Festival and was acquired by Amazon for $13 million.