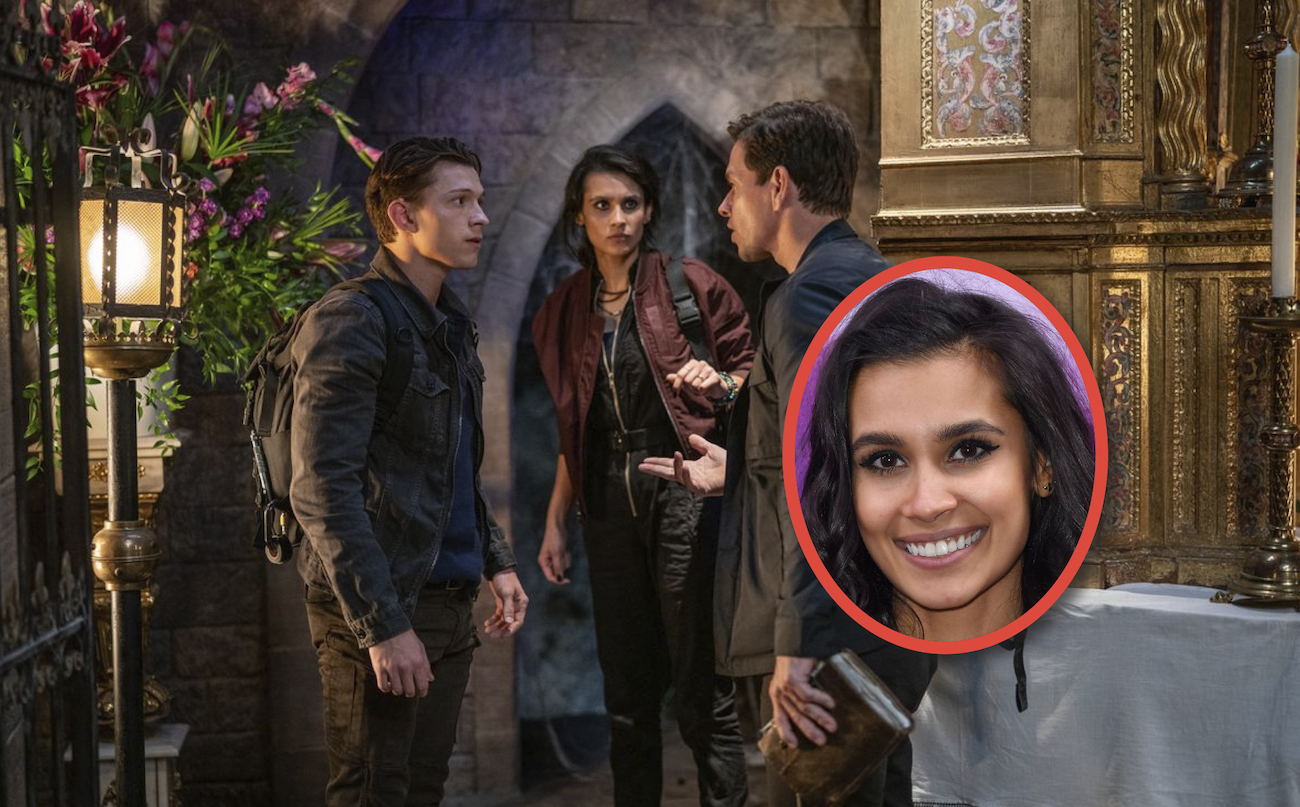 Following her lead role in Geeta Malik’s award-winning comedy “India Sweets and Spices,” Sophia Ali returns to the big screen starring along with Tom Holland and Mark Wahlberg in the new action-adventure “Uncharted,” which releases exclusively in theaters on Feb. 18. She plays Chloe Frazer, a treasure hunter in a race to find a $5 billion fortune.

According to the film’s synopsis, “street-smart Nathan Drake (Holland) is recruited by seasoned treasure hunter Victor “Sully” Sullivan (Wahlberg) to recover a fortune amassed by Ferdinand Magellan and lost 500 years ago by the House of Moncada. What starts as a heist job for the duo becomes a globe-trotting, white-knuckle race to reach the prize before the ruthless Santiago Moncada (Antonio Banderas), who believes he and his family are the rightful heirs. If Nate and Sully can decipher the clues and solve one of the world’s oldest mysteries, they stand to find $5 billion in treasure and perhaps even Nate’s long-lost brother…but only if they can learn to work together.”

In “India Sweet and Spices,” Ali plays Alia Kapur, who returns to her family’s posh suburban New Jersey home after a year away at college and upends their well-ordered life with her brash independence. After befriending Varun (Rish Shah), the handsome son of the new owners of the local Indian grocery, she invites his family to a dinner party where family secrets are revealed. Alia’s surprise turns to rebellion when she uncovers secrets about both her parents that push her toward a daring and ultimately hilarious confrontation.

Ali told Comic Book Movie that Chole is “so different from Alia, from anyone actually that I’ve ever had the privilege of playing, which is so cool. Her role in “Uncharted” was “a big challenge,” she told the entertainment portal because she had to learn an Australian accent. “So much of her stuff is stunts and she’s such a badass in the games that I wanted to be able to do that with the stunts. I wanted to look just as badass and hopefully, I do, but you never know. It’s scary.”

Before making her big-screen debut, Ali was in “Greys Anatomy” in 2017 to 2019 as Dr. Dahlia Qadri. Last year, she played the role of Fatin Jadmani in “The Wilds” on Amazon Prime. It tells the story of teenage girls from radically different backgrounds who find themselves stranded on a remote island, unaware they’ve just become the subjects of an elaborate social experiment. She was born in San Diego, California, to a Pakistani father, and an American mother of European descent.