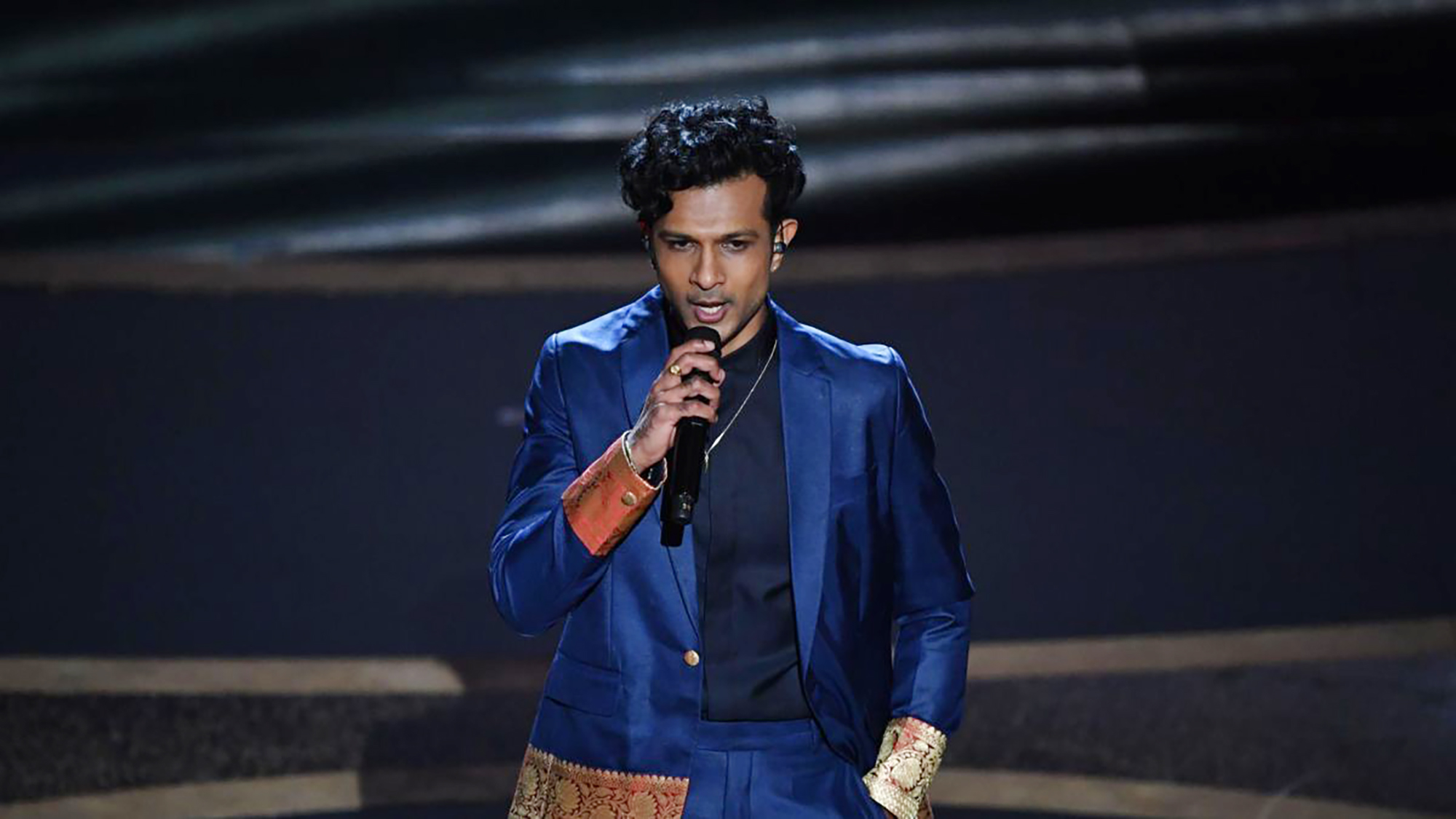 Utkarsh Ambudkar will star as the male lead opposite Rose McIver in CBS’ single-camera comedy pilot “Ghosts.” Written by Joe Port and Joe Wiseman, and based on the British series, “Ghosts” follows a young couple, Samantha (McIver) and Ryan (Ambudkar), “whose dreams come true when they inherit a beautiful country house, only to find it’s both falling apart and inhabited by many of the deceased previous residents,” according to a synopsis.

Deadline says “Ambudkar’s Ryan, Sam’s husband, is a thoroughly modern dude with a love of nerdom and a talented chef.” In addition to McIver, he joins previously cast Rebecca Wisocky and Brandon Scott Jones.

Ambudkar was most recently seen in a starring role in the comedy feature “Brittany Runs a Marathon,” directed by Paul Downs Colaizzo. His “We Are Freestyle Love Supreme,” is set for premiere on Hulu July 17. Ambudkar will next be seen as the con-artist Skatch in Disney’s upcoming live-action “Mulan,” and will also play a part in 2020 film “Marry Me,” starring Jennifer Lopez as a pop superstar jilted at the altar. Also in the pipeline are indie film “The Broken Heart Gallery,” and action comedy “Free Guy” from director Shawn Levy.

At the Academy Awards last year, Ambudkar, also a rapper, gave a nod to his roots, as he joined Questlove for a performance recapping the show. And according to reactions on social media and news reports then, Ambudkar impressed many with his “half-time report,” although several weren’t aware of his body of work. Known for his roles on “The Mindy Project” and ABC’s “The Muppets” series, Ambudkar was also seen in “Pitch Perfect.”

The Baltimore native began his career in the arts as a VJ on MTV Desi. On “The Mindy Project,” Ambudkar played Mindy Kaling’s brother. On the Showtime comedy “White Famous,” he was the agent with pinball energy propelling Jay Pharoah’s up-and-coming comic. In “Barbershop: The Next Cut,” he was a light-touch quick-wit barber, and in “Pitch Perfect,” he beatboxed and rapped.

Last year, Ambudkar released two albums, “Vanity and Petty,” as well as “EP Members Only” under the rap moniker UTK the INC. “It’s weird when I’m rapping under the guise of entertainment, but what I’m really doing is just unmasking and being really raw,” he told the New York Times in a 2019 interview. “I’ve been doing this 15 years, but in those moments I think, ‘I seek out new experiences, and I’m about to have one.’”

Ambudkar is also a member of Freestyle Love Supreme, an improv-rap troupe started by Lin-Manuel Miranda with Thomas Kail and Anthony Veneziale. He also played Aaron Burr in some early readings of “Hamilton,” but never made it to the stage with the show. He was originally supposed to play Aaron Burr the Broadway show, but the part was given to Leslie Odom Jr.

According to a October 2019 profile in The New York Times, the reason Ambudkar lost out on “Hamilton” is his alcohol addiction, “which made him too erratic and unreliable for the quickly moving train that turned into the biggest Broadway breakout of this decade, cementing rap’s place on theater’s most prestigious stage.”

A few years later, Ambudkar eventually did make it to Broadway, in a limited-run stage show with “Freestyle Love Supreme.”