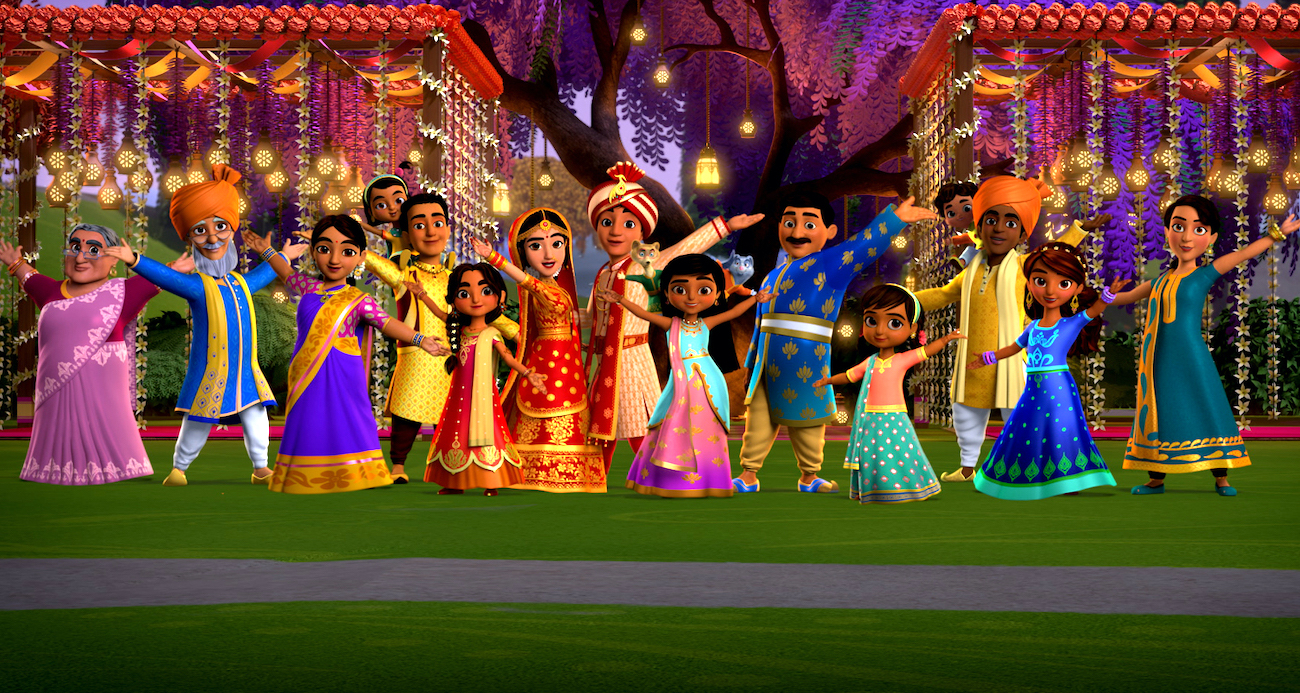 Disney Junior’s “Mira, Royal Detective” will air four extended-length specials celebrating Bollywood music and dancing, the network has announced. Disney says the shows will familiarize young viewers with different perspectives and critical thinking. The specials will be presented beginning May 2 through June 2o on Disney Junior. The series is also available on Disney+.

Set in the fictional land of Jalpur, the series follows the smart, brave, and resourceful Mira, (16-year-old newcomer Leela Ladnier) a commoner who is appointed to the role of royal detective by Queen Shanti.

Since its premiere in March 2020 and for more than 100 stories, “Mira, Royal Detective” has highlighted the rich, diverse cultures of India. Each episode centers on the clever heroine Mira and her friends, including her sleuthing mongoose sidekicks Mikku and Chikku, as they help others by solving mysteries in their kingdom community of Jalpur.

It was developed by story editor and co-producer Becca Topol (“Elena of Avalor”), and IW Group’s Shagorika Ghosh Perkins is the series’ cultural consultant and consulting producer. It is a production of Wild Canary in association with Disney Junior, with animation by Technicolor India, with Sascha Paladino as executive producer.

“I speak for everyone who made this show when I say it’s been a joyful and rewarding experience to be part of a series that highlights South Asian culture in such a bold and beautiful way,” said Ghosh Perkins, in a statement. “We’re so proud of its contribution to the cultural landscape and what it offers a generation of young children.”

According to choreographer Nakul Dev Mahajan, “these specials bring Bollywood dance, a genre that I love deeply, front and center for kids and their entire families too. Adding that the show gave him the chance “to proudly showcase so many styles of dance, including Kathak,” he said, “it’s icing on the cake to now focus entirely on Bollywood dance.”

Among the “Mira, Royal Detective” milestones are holiday-themed episodes centered around Holi and Diwali and an Eid al-Fitr episode with Rizwan Manji, Ayana Manji, Zehra Fazal and Kausar Mohammed.

The series was recently nominated for a National Association for Multi-Ethnicity in Communications (NAMIC) Vision Award that recognizes diverse, inclusive programming in all its forms. It was also nominated for Annie Awards, recognizing its original music written by songwriters Matthew Tishler and Jeannie Lurie and composer Amritha Vaz. Vaz was also nominated for an ASCAP Film and Television Music Award for the series’ score.