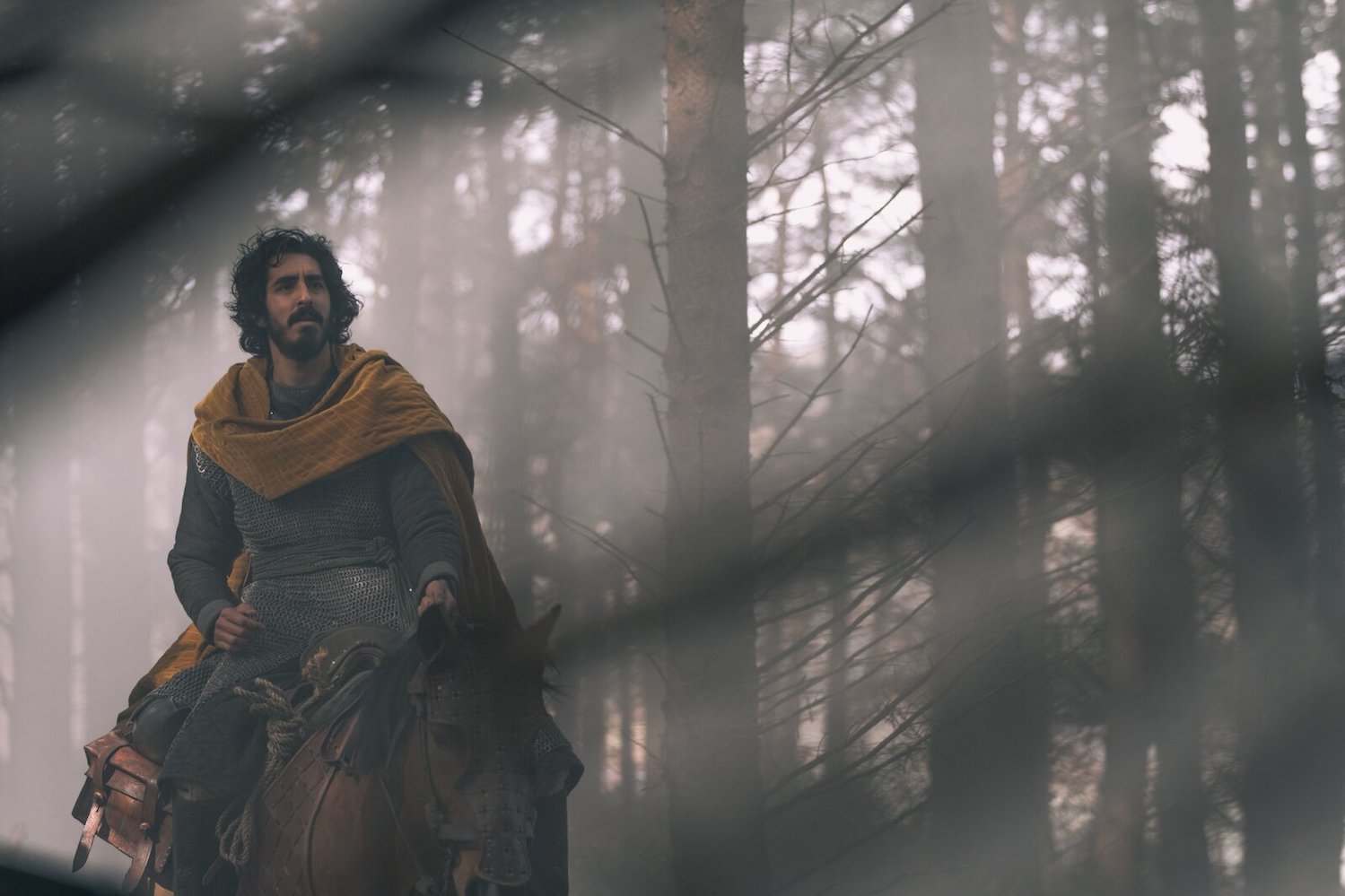 Sir Gawain in Dev Patel is getting rave reviews for his acting in David Lowry’s “The Green Knight,” an epic fantasy adventure based on the timeless Arthurian legend. Patel plays the role of Sir Gawain, “King Arthur’s reckless and headstrong nephew, who embarks on a daring quest to confront the eponymous Green Knight, a gigantic emerald-skinned stranger and tester of men,” as per the film’s synopsis on its website. Gawain contends with ghosts, giants, thieves, and schemers to define his character and prove his worth in the eyes of his family and kingdom by facing the ultimate challenger.

Critics are hailing the film and Patel’s acting, calling it “a career-defining performance,” which should establish him “as an actor made for big, grand epics.” Eric Eisenberg of Cinema Blend calls it “a special film from a special talent, and one of the best of 2021 so far,” and for Brian Tallerico of RogerEbert.com it is “one of the most memorable films of the year.” According to Brian Truitt of USA Today, “The Green Knight is so unlike anything else that, whether you or not you’re an Arthurian scholar, you’ll lose your head over it.”

But most of all it was Patel who impressed the critics with his performance. The Atlantic’s David Sims says the film is “a dreamy piece of high fantasy that turns an age-old tale into something to be puzzled over anew.” As per Sims, “The Green Knight,” starring Dev Patel as Gawain, “is a voyage of self-discovery that evokes the original epic poem’s mix of chivalry, temptation, and valor while digging into its contradictions.”

Critics like Proma Khosla of Mashable are of the opinion that “Patel was born to play this role, unlocking new depths in both Gawain and himself,” while Polygon’s Robert Daniels says “Patel finally lays claim to the leading-man mantle so often bequeathed to him,” and according to Slashfilm: “The Green Knight” knows that Patel is a heartthrob, and if you didn’t believe it before, you [will] now.”

Praising his portrayal of Sir Gawain, New York Times’ A.O. Scott writes, Patel can be “shrewd or guileless, bumbling or brave, and he’s adept at signaling both the comedy and the pain of a young man’s search for meaning, identity and adventure in a hostile world.”

That people really seem to be enjoying Patel’s performance was evident on Twitter as well, with many of his followers hoping to see him as the next James Bond.

Another user tweeted: “cast Dev Patel in adaptations of every work in the literary canon.”

Indian American writer, director and producer Rajeev Dassani tweeted about his desire to direct Patel. “1000% – I’ve told friends for years, I’d love to be in a position in my career as an Indian American director, pitching to direct a Dev Patel starring Bond film – the India/British colonial commentary inside a massive modern spy thriller action film, it’s everything I want to do.”

Missing Martin Short: The Same Old ‘Father of the Bride’ With a Touch of Salsa

Shannon McGrew, member of the Hollywood Critics Association, in a tweet, wrote: “‘The Green Knight’ is nothing short of magnificent. With visuals that belong in a museum for all to admire and a career-defining performance by Dev Patel, THE GREEN KNIGHT is a slow-burn tale about mortality and the journey of finding oneself.”

Similarly, Barry Hertz from The Globe and Mail thought that the long wait for this movie was worth it (it was originally supposed to premiere at South by Southwest last year). “Dev Patel can cut off my head any time he likes,” tweeted Hertz.

Patel most recently starred in “The Personal History of David Copperfield.” Patel will next be seen in Netflix’s “Monkey Man,” also his directorial debut. Deadline says Patel will be seen as “an unlikely hero who emerges from prison to take on a world enmeshed in corporate greed and eroding spiritual values, and seeking revenge from those who took everything from him years before.” The film is partly inspired by the Hindu deity Hanuman. Patel wrote the script with Paul Angunawela and his “Hotel Mumbai” collaborator John Collee. The film was due to shoot in India last year but according to local reports had to re-route to Indonesia due to the pandemic.