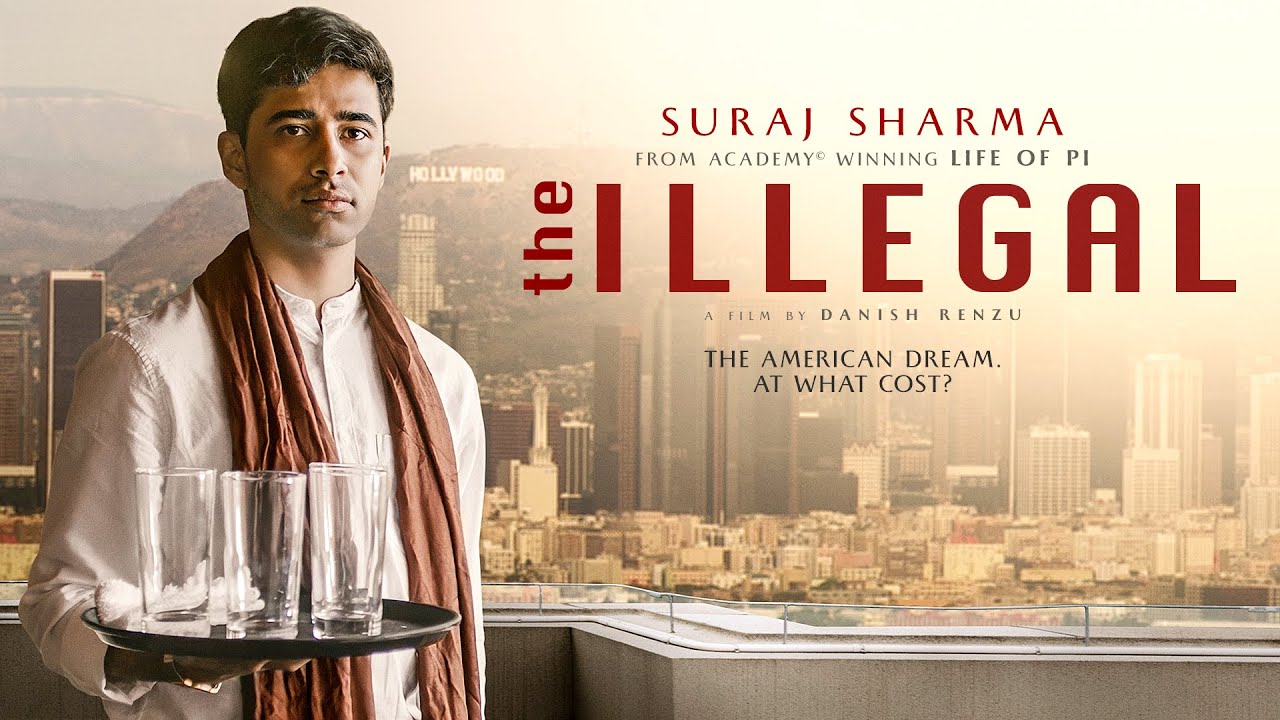 Immigration has long been a controversial issue in this country. But often, the social issues of immigration are overlooked, in favor of the political. Thirty-four-year-old Indian American filmmaker Danish Renzu’s story of an aspiring filmmaker from India in pursuit of the ‘American Dream’ aims to act as a window on the migrant experience. “The Illegal,” which captures the struggles of immigrants in the U.S. and stars actor Suraj Sharma (“Life of Pi”), looks to expose the “true side of America,” the filmmaker said to This Week in Asia, and show audiences that behind every ‘illegal immigrant’ is a relatable story.  The film also sheds light on the plight of undocumented immigrants.

Hassan Ahmad (Sharma), an aspiring young filmmaker from New Delhi, had no idea of the difficulties he would face when he decided to leave behind his middle-class life in the Indian capital to chase his “American dream” in the United States. Ahmad is forced to drop out of film school after encountering problems with his student loan and starts working full-time in an Indian restaurant as an undocumented migrant to support his family. In this unfortunate twist of fate, Sharma becomes an illegal blue-collar worker in the city of his dreams.According to the plot line, he’s forced to work in a restaurant to survive and the struggle of living inside a system set up for his failure challenges him to look within to find inner strength, overcome obstacles, and never give up.

Based in Delhi’s Daryaganj neighborhood, the upcoming movie empathizes with immigrants and shines a light on the unfortunate reality that how some of them end up becoming “illegal,” Renzu, an alum of the University of California, told the Press Trust of India. “The whole idea is to tell the audience that they are not ‘illegal,’ he said. They have a story and a face. It is such a relevant topic considering the situation across the globe,” he said. “When you talk about illegal immigration in America, it often happens that people from Mexico are labelled like that,” he said and added: “Here you see the journey of an Indian guy in Delhi coming here and becoming an illegal immigrant. It could be anyone.” Noting that “there are so many people in Los Angeles,” who are “working under the table and mostly they are illegal immigrants from India who haven’t been home for 20 years or so,” he said these people “have to give up on their dreams to support their families back home.”

Being an immigrant himself, Renzu told PTI his personal experiences definitely helped shape his script. But what really prompted him to pursue this was the realization that people often analyze the lives of immigrants through rose-tinted glasses but fail to see beneath the shiny façade.“I realized there is a lot more to an American Dream and it wasn’t just the glitter and success stories of people who have immigrated to this country,” said the Srinagar-born filmmaker. “Yes, the ‘American Dream’ is real, but it isn’t just how it’s presented. There are also stories of people who couldn’t make it and had to sacrifice a lot to their families. There are individuals who gave up their dreams to be able to provide for their families. I found that very inspiring.”

Renzu cast Sharma as Hassan as he fit the character to the T and has had a similar student life journey like the protagonist. He was always the first choice for the role, he told the PTI. “He was coming back in a film after a long time. I thought he was perfect for the role,” he  said.

Sharma told India-West that during his prep for the film, he spent a lot of time chatting with restaurant workers in New York, especially South Asians. Talking about what attracted him to Hassan’s character, Sharma told PTI the film’s subject drew him to the role. “The script was beautiful and insightful. The story of an immigrant in America trying to chase his dreams and coming face to face with the complications of immigrant life in America touched home,” he said. “The alienation he feels juxtaposed against the kindness he finds in a few was something I wanted to explore. Renzu spoke about the story with great passion and wanted to shoot it in a very poetic fashion and this made me gravitate towards the project even more.”

The coronavirus has upended the plans of many, including the release plans of this film. “It indeed was very difficult for an indie film like ours. We had to hold on to the release and lost many opportunities delaying the premiere of the film,” said Renzu.

The film has been winning accolades ever since it began streaming Jan. 12 on several online platforms, including Amazon, YouTube, FandangoNow and Google Play. It is also available on multiple cable providers such as Dish, DirecTV, Comcast and Spectrum. It is among a long list of films eligible for Best Picture at the 93rd annual Academy Awards. It is Renzu’s second film following his debut feature independent film, “Half Widow,” the 2017 Kashmir-set drama.

“The Illegal” also stars Shweta Tripathi Sharma, Adil Hussain, and Neelima Azeem. Renzu told PTI the fact that most of the cast turned out to be people hailing from Delhi was a happy coincidence. “Adil sir is a legend. I met him at the Indian Film Festival of Los Angelespremiere of his Norwegian film ‘What Will People Say’. I met Shweta at the Chicago premiere of “Masaan’. I wanted to work with her after seeing her performance in the film. I told her I will write a role for her someday.  The director said the city of New Delhi also features as an important character in the film. “Delhi is the heart and soul of the film. Hassan has grown up in a middle class family seeing the colorful streets of Daryaganj. This very part of the city represents India.”