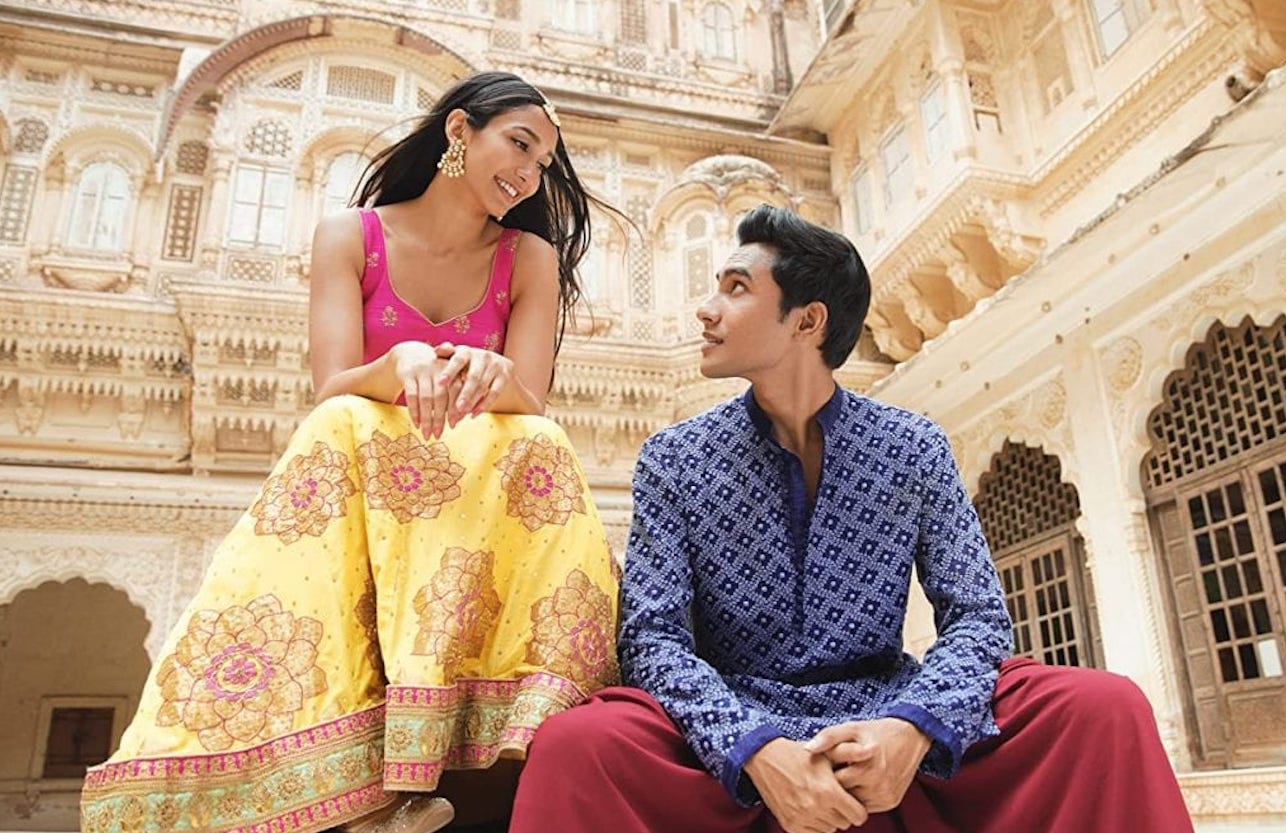 “Bandish Bandits,” Anand Tiwari’s directorial and Amazon Prime’s new over the top offering comes as a breath of fresh air. It is musical storytelling that has reintroduced classical music to the modern generation in the youthful way we understand.

Succinctly told, “Bandish Bandits” is the story of Radhe Rathod (Ritwik Bhowmik) the grandson of Pandit Radhe Mohan Rathod (Naseeruddin Shah), the musical maestro. For 20 years ‘Panditji’, as he is respectfully called, has been the unopposed ‘Sangeet Samrat’ — such is the grandeur of his musical prowess. Radhe is the heir apparent to Pandit ji’s musical ‘gharana’, but he must prove himself worthy first. Enter the pop diva Tamanna (Shreya Chaudhry), looking for her inspiration to create a ‘hit’ song.

The jugalbandi or partnership that forms between the classical and the modern pop and their journey towards self-discovery is the heart of the story. There is, of course, the much-expected romance between the two, but music remains the pivot around which the narrative rests making this series a standout.

Music by Shankar-Ehsaan-Loy with lyrics written by Divyanshu Malhotra, Tanishk S Nabar, Sameer Samant and Traditional is stunning — whether it is the classical renditions that send shivers down your spine or the modern pop fusion. Tracks like ‘Sajan Bin’ sung by Shivam Mahadevan and Jonita Gandhi and the ‘garaj garaj’ jugalbandi by Farid Hasan and Mohammed Aman transport you to a sublime alternate universe even if you are not a music aficionado. Remember how Tansen in Akbar’s court could make it rain with his Raag Malhar? Something similar happens here, too.

Music is also the instrument that highlights divides.

The divide is generational and ideological in the manner music is viewed by different generations, with the older generation holding on to the roots with unyielding tenacity and the younger one willing to adapt with times.

The divide is of music as a revered art that must be venerated against music as a commercial mill guided solely by hits and profits. On one side is the traditionalist Radhe abiding by all the rules of classical singing imbibed into him by his ‘gharana’ and on the other is the spontaneous, yet musically unschooled Tamanna who wants to be good singer but is always cowed down by the demands of commercial music.

After a very long time we have a film that is a window into the lives of a classical musician’s life — the complete deference to their art and their austere discipline towards it.

Of course, music is the soul of the show, some characters stand out almost as a social commentary — Naseeruddin Shah’s Panditji and Sheeba Chaddha’s Mohini.

All through Panditji is painted as this ideological stalwart, infallible and uncorrupted. And yet, he is the one with the biggest skeletons — those of insecurities, arrogance and hypocrisy. Manipulating his daughter-in-law, a better singer than him into never singing again is spineless to say the least.

An Officer and a Filmmaker: A Bureaucrat’s Journey From the Theater of War to ‘Music School’

Sheeba Chaddha is the quiet mother who rarely has a voice till the point in the story where it matters the most. Chaddha is such a powerful actress even her silence speaks. She is also the mother who works incessantly in the shadows with no expectation of appreciation or recognition.

Shreya Chaudhry’s millennial Tamanna falls prey to the stereotypes modern women are relegated to every time they are shown as liberated- skimpy clothes, cigarette in hand, blurting out curse words. It leaves me squeamish to think that this is the only way women can be depicted.

Bandish bandits is just as visually entreating as it is relaxing to the ears. Jodhpur, the Blue City welds itself so synchronously with the musical notes, it is hard to imagine one without the other. Cinematographer Sriram Ganapathy’s lens paints the city’s canvas with sumptuous city landscapes, palaces and color — a refreshing change from the grim visuals of the usual hinterlands and back alleys trending these days.

Watch Bandish Bandits for the music. Revel in it, whether you identify with it or not.