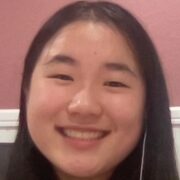 The term Asian Americans is so generic that it glosses over dozens of distinct ethnicities from the largest continent in the world. But what is more fascinating is that while most of these ethnicities, including Chinese, Indian, Japanese etc., tend to be like a melting pot when it comes to assimilating into European culture, they are more like a tossed salad when it comes to identifying with their pan-Asian culture. In other words, distinct Asian groups in America have very little intra-Asian cultural assimilation or even interaction.

For instance, if pop culture, which includes music, movies, dance, etc., helps Asian Americans assimilate into the American mainstream, a lack of exposure to similar cultural mediums within the Asian American communities inhibits their collective identity.

Second-generation immigrants have a foundation in their parents’ culture, but how they branch out and seek other cultures is entirely dependent on individual experiences and influences. Therefore, to find the extent to which East Asian entertainment has been experienced by South Asians, I sought out and interviewed seven second-generation South Asian immigrants from the Bay Area to understand their stories individually and as a whole.

While K-pop and anime are extremely popular in the San Francisco Bay Area, some second-generation immigrants try to seek a balance between different genres of entertainment, while many do not see the need to explore at all.

Anika’s satisfaction with her current entertainment is because it serves an additional purpose outside of entertainment. Bollywood “is a way for me to stay connected to not only my family and my grandparents, but it’s just a big part of who I am in general.”

Similarly, Abhay Malhotra* reminisces about how watching Bollywood was his family’s way to bond. “Sometimes if we’re all in a good mood, my brother or I would randomly dance or just look at each other laughing.” For Abhay’s family, Bollywood acts like a bridge, connecting them with their first-generation immigrant parents, an especially difficult task considering these two generations in the same family were brought up in entirely different worlds.

Abhay also acknowledges that with Bollywood, “you can see that in some sense your parents have really grown up watching these and even living some of the lifestyles you see in the movies.” Especially during the pandemic, when traveling back to South Asia was practically impossible, Bollywood helped them build empathy while also getting a glimpse of their parent’s culture.

Not only does Bollywood act as a tool in cultural education and family bonding but also in linguistic education. As Aanya Agarwal* explains: It’s hard to keep up with the language if no one around you is using it much.” These movies shift to not only being entertainment and serving as a family bonding activity but also becoming an educational experience for these individuals to learn more about their culture and language. Technologies have allowed for more frequent endeavors in their home cultures without the cost and time of a plane.

Even Jay Raja*, who finds some of the new Bollywood movie plots contriving, realizes that for his parents, “the old movies are the ones they’ve seen growing up; it’s like you can ask them what they thought when they first saw it.” Although these movies connect Jay to his family, they sometimes lack a connection to one family’s specific culture. “Indian culture is so wide that using Bollywood movies as a way to connect to it is sort of a shallow way to connect to it,” he argues.

Amyra Sharma* found anime through her sister, and as an avid watcher, she recalls the unfamiliarity of when she first encountered it. She says she’d be curious as to what [her sister was] doing. “I’d see that my sister is watching something that wasn’t Pokemon, and once in a while I’d sit down and watch with her.” Anika’s introduction to anime was fueled by her sister, whereas Saranjit Gupta, Rajesh Kumar, and Jay, their friends were their first interactions with East Asian entertainment.

However, for those who do not have a trusted person for their introduction to East Asian entertainment, stereotypes and language barriers hinder their ability to venture into this form. Although Rajesh currently watches a lot of anime, when asked about his introduction, he adds: “I hadn’t really looked into anime previously as it was sort of like, ‘hey, cartoons are mostly for kids,’ but honestly it isn’t just for that target audience.” At first glance, these unrealistic art styles appear as if they are trying to target children and especially for those who have not experienced this type of entertainment, these stereotypes and assumptions really define anime.

Furthermore, the language barrier poses a challenge. When translating from different languages, the jokes, flow, and cultural context of different entertainment sources can be easily lost and misinterpreted. Rajesh recalls that in one of the anime he watched, “there was a sentence where essentially one of the characters is identified as trans[gender]. However, the translators specifically framed it as not trans [gender].” Although these controversial instances may be rare occurrences, this raises the concern of how accurate translations are, and how these mistranslations can inaccurately represent other nations and their cultures.

Even after overcoming any assumptions and barriers, some still feel a sense of loneliness. “People who haven’t really been exposed to anime or K-pop, in general, don’t really understand why we love it so much,” Amyra comments.

Even in a culturally diverse region like the Bay Area, some find more comfort with those that share a common background. Unfortunately, this can lead to many individuals not experiencing diverse and vibrant cultures, since their friends share their exact interests. For second-generation immigrants like Amyra, branching out and watching anime means that “there’s only really a select group of people you could talk to about that.”

Luckily, Amyra, Saranjit, Rajesh, and Jay have friends or family that also enjoy similar entertainment, allowing for a connection similar to Bollywood’s impact on South Asian families. Even though Amyra’s sister attends college in a different state, the two of them try to catch an episode or two together, “during dinnertime,” when she comes home.

For Saranjit, his friend group of anime enthusiasts provides him with more comfortable exploring different entertainment.

Similarly, Jay has “three friends outside of school who like anime.” And “although all of [their] tastes are very different, [they] can still talk about it with each other.” Along with friends, there’s also a large online community that Jay draws support from. Hence the aspect of being lonely when exploring a new type of entertainment doesn’t affect him as he can “read other people’s comments” online. The internet provides Jay and other users a community of like-minded individuals not only from his area but around the world.

Hearing these seven individuals speak about their experiences with South and East Asian pop culture, shows us that even if such entertainment comes from entirely different cultural contexts, they both allow for a crucial part of the purpose of entertainment — connection — not only with peers and family but connections across worlds.

In a recent BBC article, Meryl Sebastian notes how this connection is not only starting to expand beyond dual consumption but is also bringing about a merge in the two forms of entertainment themselves. “In 2020, K-pop star Wengie worked with Indian artists Shalmali and Ikka for her single ‘Thing You Want,’ incorporating Punjabi bhangra into a track that also had elements of EDM and trap,” she writes. When celebrities collaborate with others from different regions and cultural contexts, they pave the way for viewers and listeners to also discover and enjoy different cultures.

Even so, culture is not only about the type of movies people watch or the types of music people listen to; it includes a wide variety of other aspects. Perhaps these cross-cultural connections created throughout entertainment will inspire cross-cultural connections through other mediums such as food. So, why don’t East Asian and South Asian venture into each other’s cuisines?

All names with * have been changed for anonymity.

Alice Tao is a junior at The Harker School in San Jose. Her interests lie in both politics as well as in the sciences and hopes to major in these areas in the future. In her free time, she’s usually talking with family and friends or practicing her speaking skills in performing arts, speech, or Model UN.